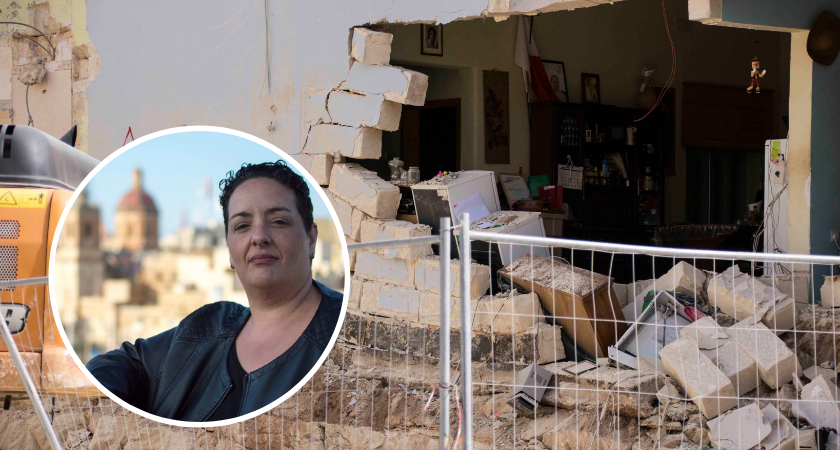 The residents of a Gwardamangia building that had its wall collapse on Thursday, say they have been sleeping outside their home in order to protect it. In their view, the developer does not want to pay for security officers to watch.

This was explained on Facebook by their neighbour Janet Walker whose apartment was one of those affected. Walker said that during the Xarabank programme she fainted three times. Whilst four families had received emergency accommodation, another family was sleeping outside to guard their belongings, which are still in the house.

Her neighbours told her that they were sleeping outside because there were no security officers employed to watch over the home and therefore the family had to do this themselves to avoid their valuables being stolen. The family reported this to the police, but they were informed that the developer was the one to pay for officers but he was not willing to pay for them.

Walker finally appealed to the authorities to take action on this, saying that they are Maltese citizens who pay stamp duty and tax, they are not rich and powerful. Therefore, her appeal was to spread the word with the hope that it would call on others for help when situations like this arise.