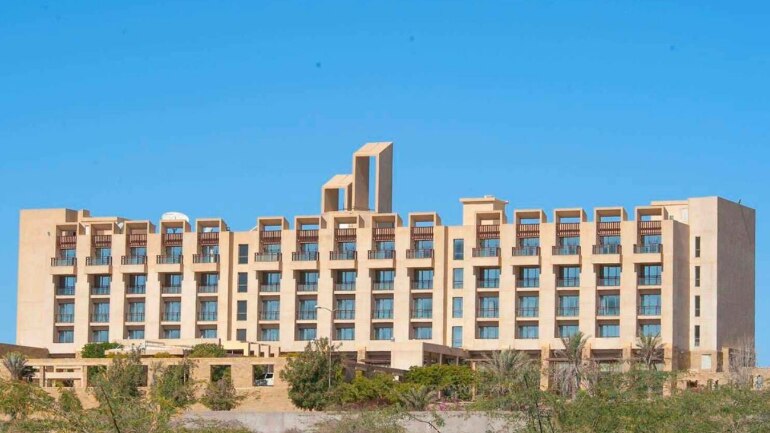 Pakistani security forces searched a luxury hotel in the port city of Gwadar on Sunday a day after separatist insurgents stormed in, killing at least five people, in what the militants said was a strike against Chinese and other foreign investors.

Officials said at least four gunmen raided the five-star Pearl Continental Hotel, but police on Sunday declined to say if any of the attackers had been captured or killed.

Senior police official Rao Munir Ahmed Zia told Reuters three of the hotel’s four floors had been cleared and security forces were searching the top floor some 20 hours after the attack began.

The Balochistan Liberation Army insurgent group, which says it is fighting what it sees as the unfair exploitation of the province’s natural resources, claimed responsibility saying in a statement the attack was aimed at “Chinese and other foreign investors”.

The gunmen were dressed in army uniforms, officials said.

At least three security guards and two hotel personnel were killed and four wounded as the attackers battled members of the security forces on Saturday evening. Soldiers cornered the attackers in a staircase leading to the top floor, the military said.

Balochistan, which borders both Iran and Afghanistan, is Pakistan’s poorest province but has abundant reserves of natural gas and various minerals

Separatists have for decades been fighting the central government, bombing gas and transport infrastructure and raiding security posts. Islamist militants from various factions also operate in the province.

Gwadar is a strategic port on the Arabian Sea that is being developed as part of the $60 billion China Pakistan Economic Corridor, which is itself part of China’s Belt and Road infrastructure project.

The separatists have denounced the development plans and vowed to block them while Pakistan has promised China it would protect its investments and Chinese workers.

The Pearl Continental Hotel, on a hillside near the port, is used by foreign guests, including Chinese project staff, but there were none in the building at the time of the attack, officials said.

“Such attempts, especially in Balochistan are an effort to sabotage our economic projects and prosperity,” he said.

Security across most of Pakistan has improved over recent years following a major crackdown after the country’s worst attack, when 148 people, most of them children, were killed in an assault on a school in the western city of Peshawar in 2014.

But Balochistan, Pakistan’s largest province, remains an exception and there have been several attacks this year, with at least 14 people killed last month in an attack on buses travelling between the southern city of Karachi and Gwadar.