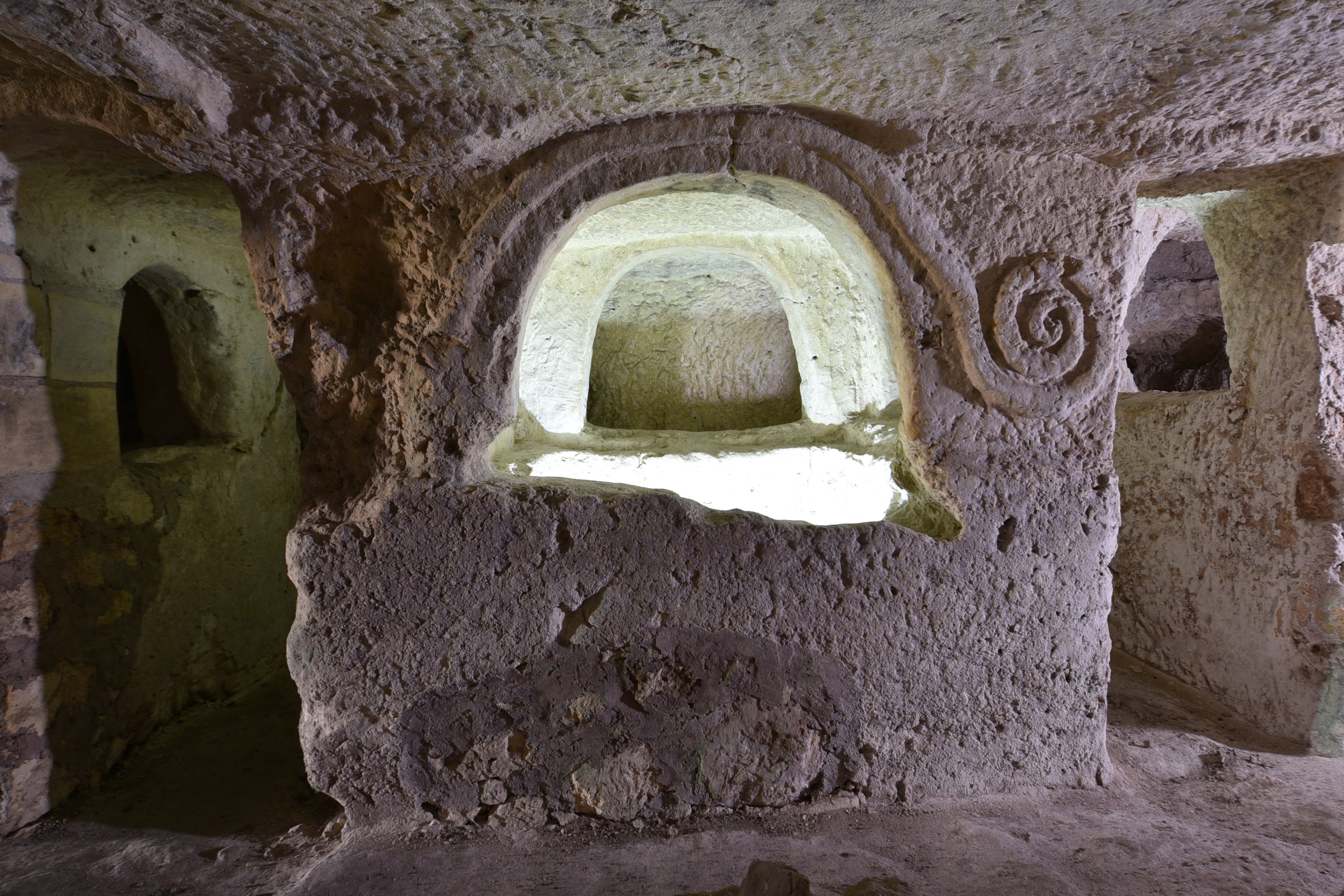 On Sunday 2nd June between 9.00 am and 1.00 pm, Heritage Malta is inviting the public to visit the remarkable catacombs of Abbatija Tad-Dejr in Rabat, Malta.

This site is not generally open to the public.

During this event, Heritage Malta is collaborating with volunteers from Malta Clean Up to clean the community garden which lies above these catacombs.

The area of Rabat is renowned for its concentrations of catacombs, including those of the Abbatija tad-Dejr. Some of the rich decorations which have managed to survive to this day in these catacombs are witness to their original beauty and significance.

The Abbatija tad-Dejr is an early Christian site consisting of four hypogea (chambers) tunnelled next to each other in the rock face. In 1647, historian Giovanni Francesco Abela published a diagram of the main catacomb and gave a vivid description of the chapel, hermitage and tombs which he noticed at this site. This documentation proved providential later on after this site went through several modifications, disturbances, abandonment, damage and vandalism.

Guided tours will provide further insight about the origins of these catacombs, the different tombs found therein, the changing functions of this area, the cult-images painted on the walls, the decorative architectural motifs such as the palm fronds, the scallop shells, the fish-scale carvings and other religious symbols, and the intriguing underground chapel which was embellished with outstanding frescoes and remained in use at least until the 16th century.

More information may be obtained from Heritage Malta’s website.