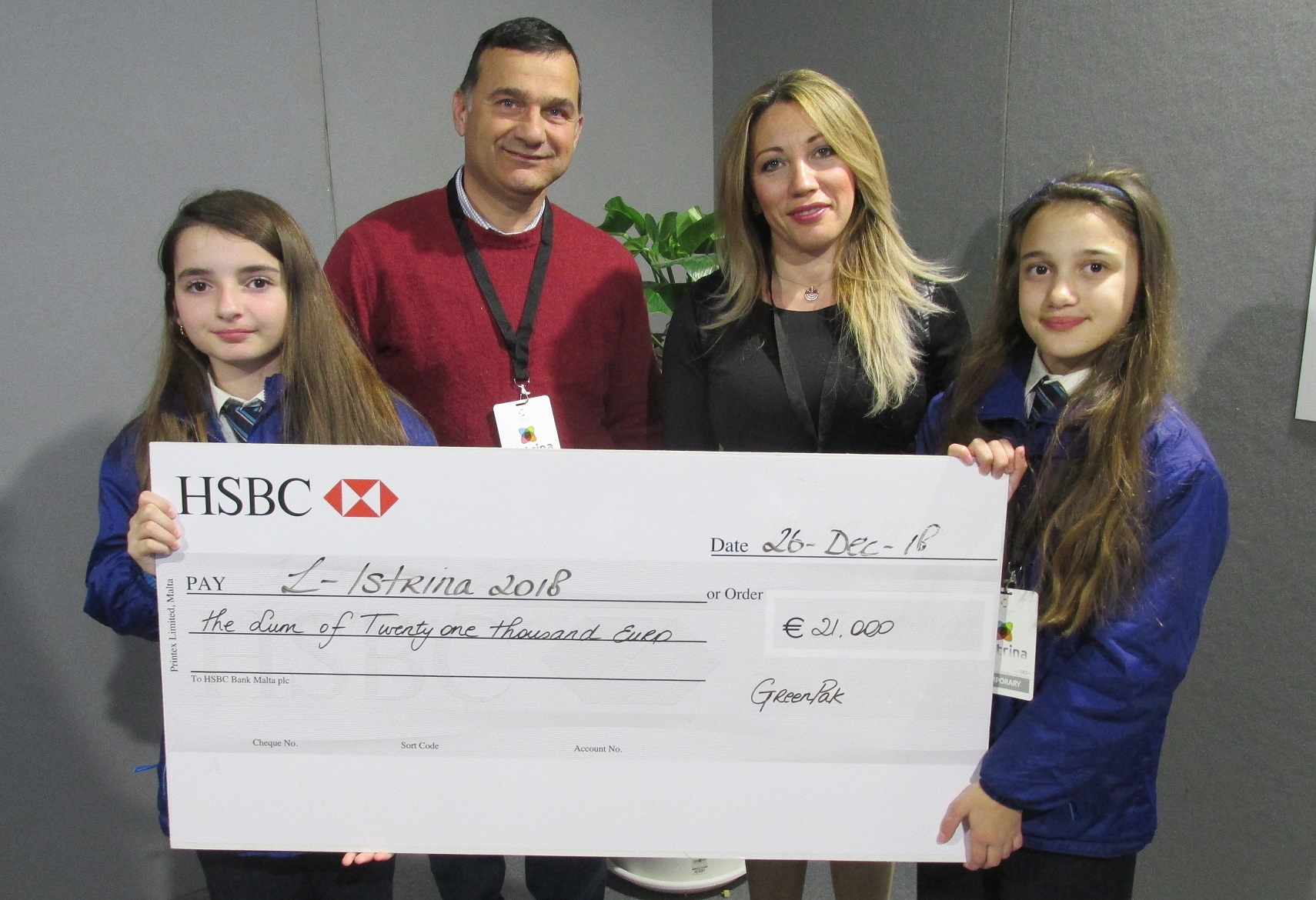 This worthy campaign in aid of the Malta Community Chest Fund’s annual Boxing Day charity event saw the participation of 132 schools and 62 local councils, as well as the contribution of clubs, companies and other entities.

GreenPak cooperative CEO Mario Schembri said: “This is the eighth edition of Nirriċikla għall-Istrina and we laud the contribution of all those who recognised the environmental importance of this campaign that comes with the added bonus of contributing to those most in need.”

“This year a record 55,300 kilograms of plastic bottle caps were retrieved, which would have otherwise ended up in the landfill causing untold damage to the environment — we are proud of every individual and organisation who contributed by doing something worthy for our environment.”

Billions of plastic bottles and containers are sold each day and the bottle caps end up in the sea or washed up on beaches. According to the North Sea Foundation, a Dutch NGO, plastic caps are among the top five most deadly ocean waste items because marine mammals, birds, and fish see the brightly coloured caps as food and choke on them.

Organised under the patronage of the President of Malta, the campaign sees GreenPak donate the money made from recycling all the bottle caps collected from schools, councils, bars, clubs, restaurants, hotels and other businesses to the MCCF.

The school that collected the largest amount of caps per student is the Gozo College San Lawrenz Primary School, which succeeded in collecting an average of 59kg of plastic caps per student.

Nirriċikla għall-Istrina is one of several campaigns undertaken by GreenPak to promote recycling and safeguard the natural environment.