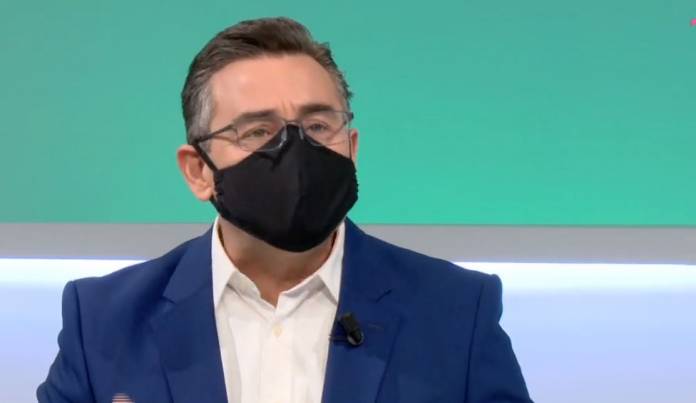 Robert Abela’s politics of bluff has led us to this situation, Opposition leader and Partit Nazzjonalista leader Bernard Grech said on Sunday as he criticised the government’s handling of the coronavirus pandemic.

Grech stressed several times during a short interview on NET FM, that the government cannot continue to take risks endangering people’s lives. He noted that the Deputy Prime Minister and Health Minister has warned that a sustained increase in numbers and therefore hospital admissions can lead to a collapse of the system.

The Opposition leader accused Abela of “bluffing” saying that this tactic was used by his predecessor, disgraced former Prime Minister Joseph Muscat. Grech underlined that Abela cannot continue with business as usual.

Grech noted that measures need to be taken to bring the pandemic under control however he stopped short of calling a for a lock down saying that he was not in favour of one. The Nationalist leader urged to implement teleworking whenever it is possible this would reduce the amount of people on the streets or commuting using public transport, he added.

Economic recovery and ensuring that schools remain open cannot be at the expense of having more Covid-19 victims, Grech maintained. Referring to the time when Superintendent of Public Health insisted on flattening the curve, Grech said that it was useless having beds and ventilators if you lacked the professional medical workers who can man them.

Grech also spoke about the personal environment and the natural environment, saying that investment is needed to ensure that the urban environment is adequate for families and youths. He highlighted the importance of open spaces.

He said that the our environment can boost the economy and improve the quality of life which in turn leaves a positive effect on the economy.

This country has a lot to offer, as he suggested investment in farming and the possibility of opening the country for a different type of tourism which takes the environment into consideration.