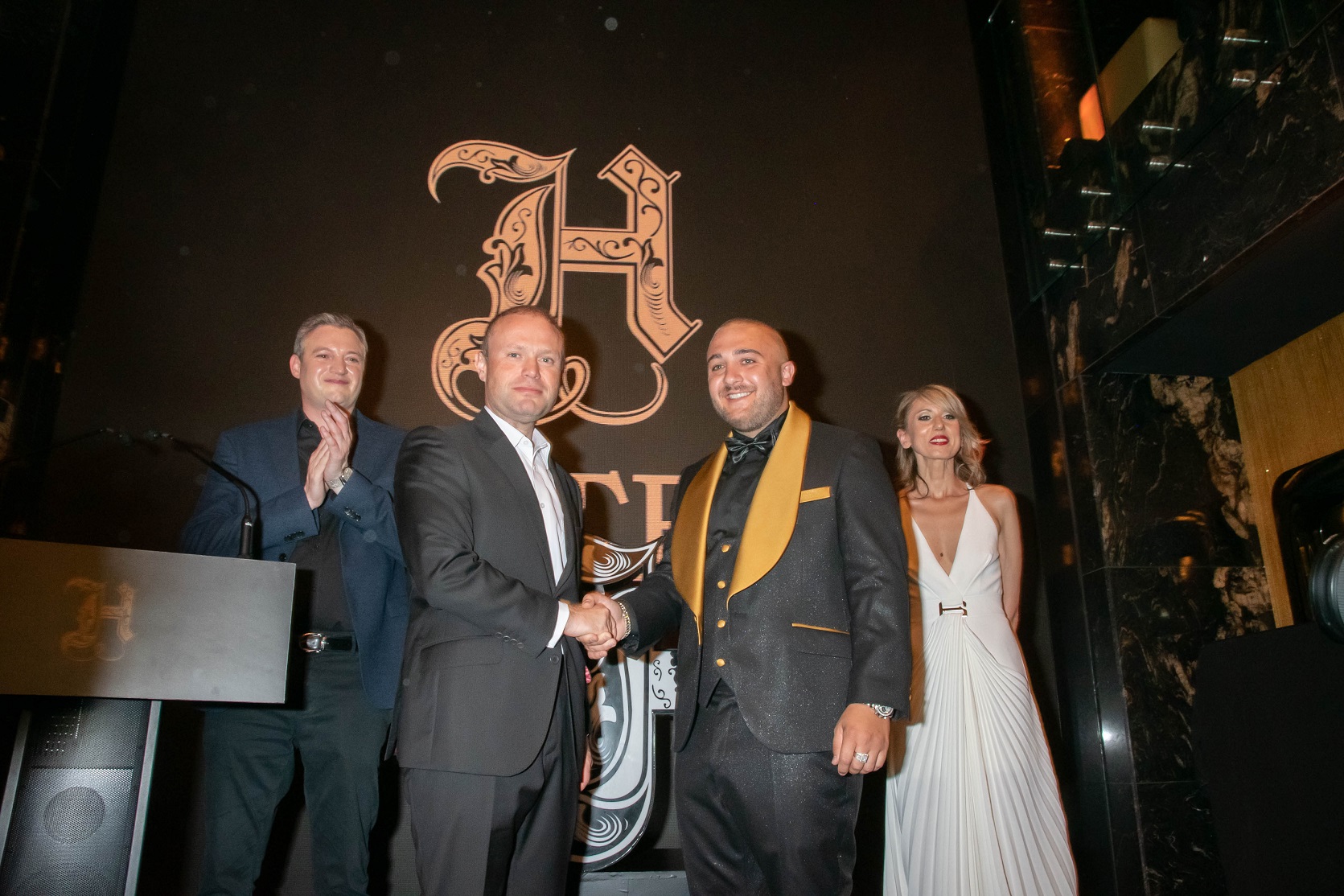 This is the group’s second venture into luxury accommodation, after the 2016 launch of Hugo’s Boutique Hotel.

Both were the brainchild of the late Hugo Chetcuti, whose business empire is now under the leadership of his son Luke:

“Emerging trends in sustainability, luxury, technology and innovation are all influencing the future direction of the hospitality industry and we’ve identified these objectives as the way forward for Hugo’s Hotels and ultimately, the Hugo’s Group on the whole”, said Luke Chetcuti, Chairman and CEO of the Hugo’s Group. He also added “H Hotel is a 40 million investment and offers 160 guest rooms and suites which combine modern and classic art with cutting edge technology and architectural innovations. In fact, 2 of our rooms have their very own indoor private pool, which is a first for Malta”

During the lavish event, guests were treated to an abundance of exquisite delicacies freshly prepared by the Hugo’s catering team, free-flowing drinks and an absolutely brilliant performance by Ira Losco and her band. This was then followed by an afterparty at the stunning Infinity by Hugo’s, which is located on the rooftop of H Hotel, overlooking the picturesque St. Georges Bay beach and skyline.

For enquires, H Hotel can be contacted by calling +356 20132410 or by sending an email to receptionhh@hugoshotels.com

This content was supplied by H Operations – Hugo’s Group Malta

Reuters   February 16, 2020
Late leader Kim's birthday, Feb. 16, is a national holiday celebrated as the Day of the Shining Star.