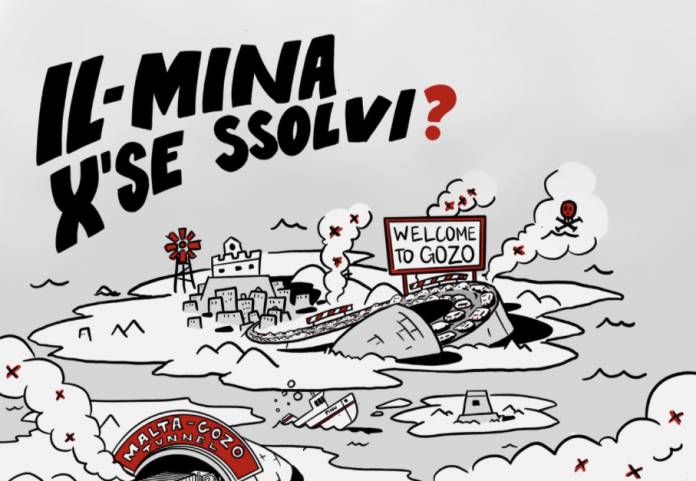 It asked Gozitan individuals and NGOs alike to contact it on gozo@movimentgraffitti.org.

Though the project enjoys the support of government and opposition alike, NGOs active in the environmental field are far less enthusiastic about the project.

In its appeal, Graffitti insisted that the project would not solve the challenges that Gozo faced. It also maintained that it was well aware that many Gozitans were concerned about the plans.

Last month, the government announced that four bidders had participated in the pre-qualification questionnaire for the design, building, financing, operation and maintenance of the tunnel.

The tunnel is set to be 14km long, running between l-Imbordin in the limits of St Pauls Bay to the Ta’ Kenuna area of Nadur, with one lane in each direction and an additional lane for emergencies.