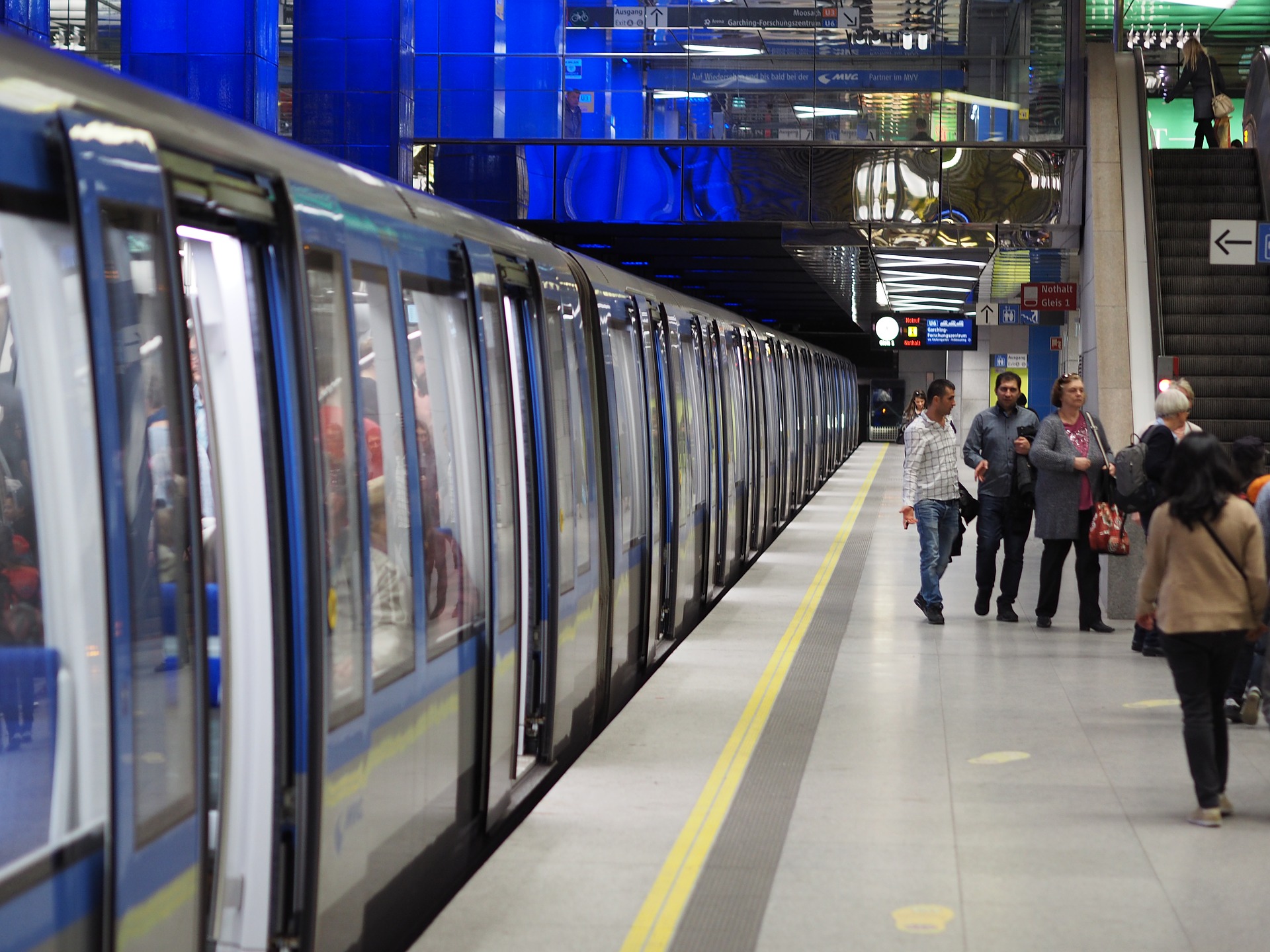 Architect Konrad Xuereb said that a metro line from Victoria to the Malta International Airport (MIA) would allow passengers to complete the journey in 32 minutes.

Xuereb said this during an event organised by NGO Wirt Għawdex in the Ministry for Gozo. Xuereb is also the director of an engineering company. Expats living in Gozo made up the bulk of the audience. 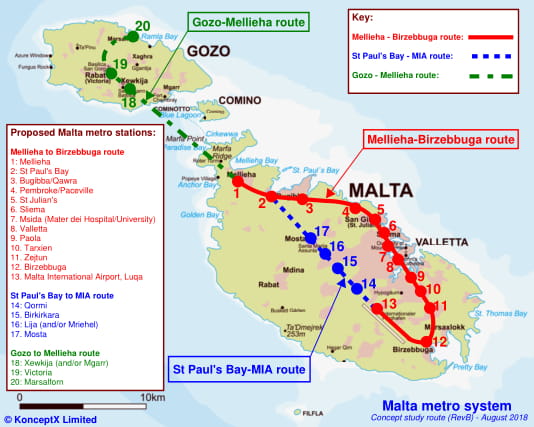 Xuereb stated that the metro is a vital mass-transportation method and should be implemented even if it’s not viable. He went on to say that a metro may be compared to a hospital, in the sense that if a hospital is not financially viable it should still be built.

Xuereb said that his concept involved 20 hotspots which included stops in Buġibba, Paceville, Msida, Valletta, MIA, and Victoria and Xewkija in Gozo. According to the architect, the Malta line would take five years to be completed while the one in Gozo could be finished three years later. The costs were estimated at €1.85 billion for the first part while the extension to Gozo would cost a further €900 million.

While some doubts were raised in the audience about its viability, Xuereb explained that this would better connect the around 30,000 people living in Gozo with the rest of Malta.

He explained that the project was inspired and based on the London metro system while maintaining a speed of about 80km per hour voyage.

According to the architect, the Malta line would take five years to be completed while the one in Gozo could be finished three years later. The costs were estimated at €1.85 billion for the first part while the extension to Gozo would cost a further €900 million.

Xuereb compared the amounts and timings for construction to the Government’s €700 million for road extensions in Malta.  He said that the same investment could be made each year towards the metro project. He added that the portion linking Malta to Gozo may qualify for EU funding. The rest of the budget could financed by government bonds.

Who will use it and how will it recoup the cost?

On the use of the tunnel, Xuereb estimated that by 2025, the population will have risen to 525,000. He said the company also estimates that there would around a quarter of the population using the service, 130,000 passengers daily.

With these estimates, the company says that the metro would be able to earn back  upto €300 million a year including travel tickets, revenue from advertising in stations and in runways and even retail shops in the stations.

He added that this figure is just the entry price adding that the additional costs of the metro, primarily maintenance of the metro, the workers and also for energy fees to operate initial system.

Xuereb also explained how the project will generate an estimated 4-mega Cubic tonnes of waste in its construction. This he says could be used for strategic land reclamation which could form a nature reserve or for the placing of solar and wind farms. This would not exclude housing development.

Asked whether there would be a referendum for the Government to listen to citizens about this project’s proposals, Xuereb said that he personally opposes a referendum campaign saying that a referendum debate may struggle to avoid spin in favouring of protect the national interest.

What is being done to sell the idea to the Government?

The architect said that his work on this goes back a number of years ago when it was realised the traffic problem in Malta. He said he began by publishing an article which outlined the concept and continued to study this concept and identify its feasibility. He said that this year was invited by the Chamber of Commerce to present the project to the local entrepreneurs. He did not however mention any contact made with the authorities.

He stressed that because of the road situation in Malta it was already difficult to do this project over-ground. He said that it is instead possible to start underground mining and the creation of the metro stations can be done easily with existing technologies.

Parking has stolen space from the elderly – Prof. Maria Attard

Cedric Farrugia   December 5, 2020
"Raymond Caruana’s murder will remain a pain for his family, for the Nationalist family and disgraced all the Maltese and Gozitan people” said Nationalist Party leader Bernard Grech on the 34th anniversary of Raymond's assassination Caruana.