The Gozo Regional Development Authority has been officially launched by Minister for Gozo Clint Camilleri. This authority will be addressing the socio-economic development of Gozo by recommending projects and policies.

In a statement, Minister Camilleri noted that since 2013, Gozo has recorded unprecedented economic growth by growing at an average annual rate of 9.2%. However, he said that it still holds a lot of potentials that could be utilised. The Gozo Regional Development Authority will have a fundamental part to play in helping this to be achieved by using new initiatives to continue to attract more and more services with high added value.

The first announcement in 2018:
New Development Authority for Gozo 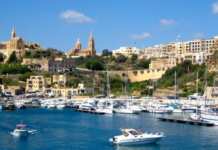 The Chief Executive of the Authority Mario Borg stated that in addition, the Authority will see to it that regional studies are carried out on the impact on Gozo for any national proposal that is considered that could affect Gozo.