The Gozo NGOs Association congratulated former Gozo Minister Justyne Caruana on being appointed Chairperson of the Parliamentary Committee for Gozo Affairs. The Association said that it is looking forward to receiving an invitation for a meeting with this Committee so that it may bring certain issues to light.

In a statement, the Gozo NGOs Association also congratulated the other members of the Committee: Ministers Clint Camilleri and Anton Refalo, as well as Members of Parliament Chris Said and Kevin Cutajar.

It said, “The Association is certain that the collective five members sitting on the Committee will do all their best to ensure an always better future for Gozo and its residents.”

The Association explained that through the tireless, and largely unremunerated, personal effort put in by the hundreds of volunteers active in this sector, the Gozo NGO/VO sector has contributed a lot where it comes to Gozo’s economic, social, cultural and philanthropical development. It, therefore, looks forward to discussing its ideas with the newly appointed Committee. 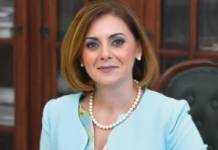