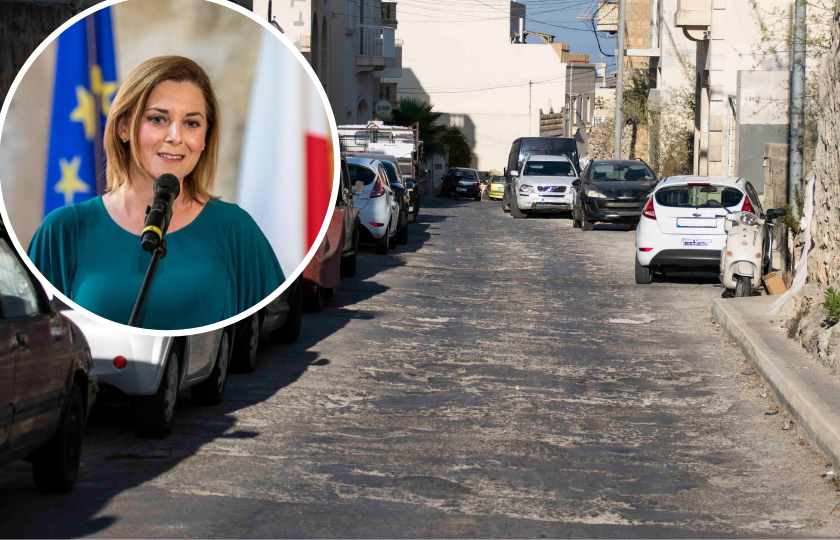 The Ministry for Gozo claimed that road works were progressing on a number of streets, however a site visit has shown otherwise.

In a reply to a parliamentary question by Opposition MP Chris Said, Gozo Minister Justyne Caruana had tabled a list of roads on which works had to commence.

Road works were scheduled to start on a total of 50 roads and streets, while works were finished on 25 roads.

Newsbook.com.mt visited eight out of the ten streets where Caruana claimed that road works were ongoing. The visit was done between August 8-10. On the days our journalists were on site there were no signs of road works on four of the streets.

Questions on progress were sent to the Ministry. However after 24 days the spokesperson from the ministry did not reply. A reminder was sent to the spokesman who in a curt email said

“Since you keep referring to PQs which were submitted by MP Chris Said, these will be answered once Parliament convenes in October.”

Newsbook.com.mt is following this story, documenting the streets which have been listed by Minister Caruana.

These are the roads where currently there are ongoing road works according to the Minister:

Jesmond Saliba   January 20, 2020
The Senate should convict and remove President Trump to avoid serious and long term damage to our democratic values and the nation's security.