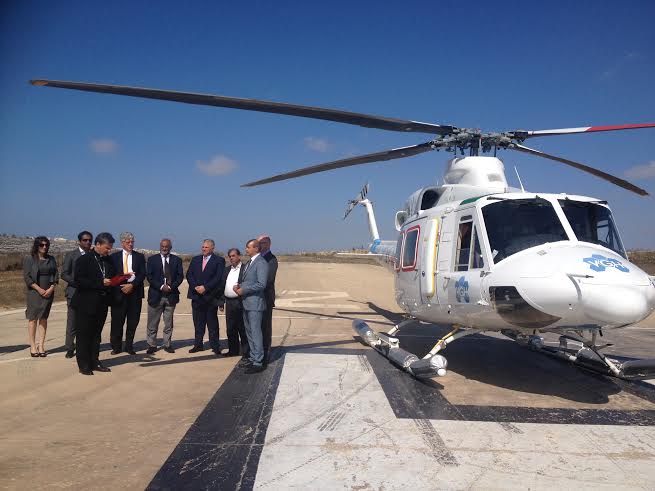 The air ambulance that would transport patients between Gozo and Malta was once again not available, Newsbook.com.mt has learned.

A Steward Health Care representative told Newsbook.com.mt that the helicopter was under maintenance and that the male patient did not have to be transferred urgently to Mater Dei Hospital, in Malta.

Other sources have however told Newsbook.com.mt a different version. They said that the patient was lucky enough to have arrived at Mater Dei, just in time for them to receive an operation to fit a pacemaker. Had they been too late, there might have been more dangerous consequences for him.

This incident comes to light after another incident involving the helicopter in August. At that time, the helicopter was not available and the patient instead arrived 6.5 hours after the doctor had originally ordered the helicopter. The patient died some hours later. Newsbook.com.mt has seen the patient’s document and can confirm this.

Read what happened when the doctor ordered the helicopter transfer

What does Steward Healthcare say about last Sunday’s incident?

Steward’s healthcare representative said to Newsbook.com.mt that the helicopter was not available because it was under maintenance. They said that last Sunday’s patient was not urgent and that he did not have to be moved from Gozo general hospital to Mater Dei immediately. They explain also, that the patient received the best professional care according to medical protocol. The representative said that the patient was then transferred on Monday.

€1m a year for Steward to provide the air service

Steward Group company currently receives over €1m per year to provide the Emergency air service. According to our sources, the company was bound with a contract signed with Vitals health care to change the helicopter.

Transferred, “because they asked for the helicopter service”

Two individuals that used to work at Gozo General Hospital were transferred from their roles after an investigations was conducted over the August incident.

Reliable sources told Newsbook.com.mt that a medical consultant asked twice for the helicopter and he wrote that this was not available. His contract was not extended. A clerk was also transferred to the Tax Department. A higher administration employee was put aside after she gave a copy of the patient’s file to the family of the patient even though this was approved after a legal consultation with Steward’s lawyers.

Helicopter investigation: in one paragraph; what does the documents contain?

PN’s deputy Chris Said was one of the first persons to talk about August’s incident. During a hearing in Parliament Said said that the government is paying €1.2 million per year for this service. He added that when the PN was in Government they used to pay €800 euro per trip. According to the information that he was given, this government is paying more than €30,000.

Ask Hon. Anton Refalo if he had the helicopter” – Chris
Said