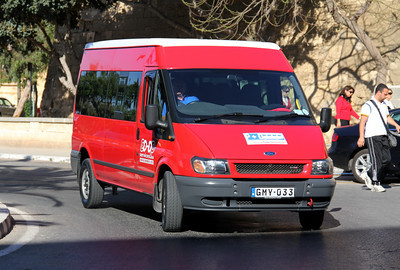 There are no minibuses available for Gozitan employees working in Malta to rent every morning from Ċirkewwa to their place of work and back in the afternoon.

According to a few Gozitan teachers, the minibus operators have raised prices due to lack of supply after implementation of the Government scheme for free school transport.

Gozitan employees spoke with Newsbook.com.mt saying that instead of catching the ferry at 6.45am and back at 3pm, they will now have to catch it at 6am and back with the 4 30pm ferry since they will be using public transport. The teacher spoke with Newsbook.com.mt and explained that they used to pay €30 each but now they were asked for €58 which was no longer viable.

This radical price increase is being attributed to the Department of Education since they have increased the minibuses’ pay to ensure that the free school transport scheme is efficient and there are enough minibuses to operate the service.

President of the Gozitan Workers’ Association in Malta (AGEM), Sean Zammit spoke about this issue during the Newsline program. He explained that they suggested a subsidy on minibus trips in their proposal to the government.

He explained that the government is subsidizing the ferry for Gozitans but not the transport from Ċirkewwa to the employees’ work routes. He said that the employees were informed of the price increase but that the bus routes are not feasible since they go through a number of localities before their destination.

Maria Webb   August 6, 2020
Malta and Turkey have agreed to help Libya upgrade the capabilities of the Libyan Coast Guard. This is in order to strengthen the Libyan southern borders and combat human trafficking and smuggling.