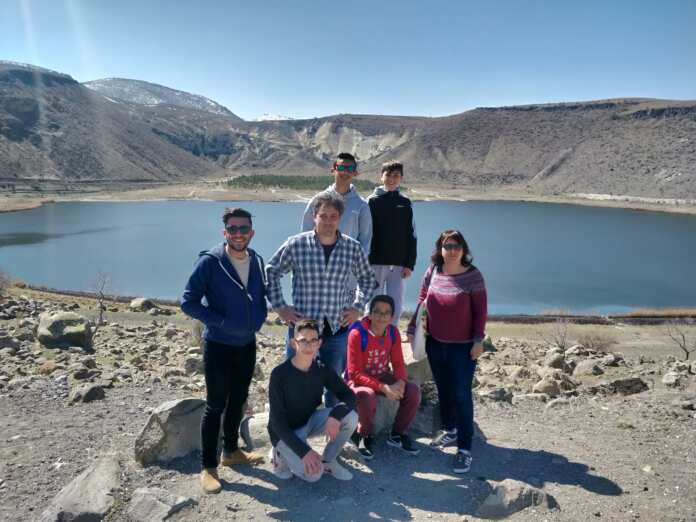 Four students and three teachers from the Sacred Heart Minor Seminary, Andrea Camilleri, David Camilleri and Diana Gómez Cantoral left for a week long educational visit to Nevhesir, in Turkey, as part of an Erasmus + project called “Young Historians of Europe” on Sunday 17 March. The trip was funded through the Erasmus+ programme in collaboration with EUPA, the Maltese National Agency coordinating Erasmus+ projects in Malta.

The trip focused on two elements: historical and anthropological heritage of Cappadocia.  The participants explored the underground city of Kaymakli, which was inhabited by Christians fleeing invaders. The week-long trip provided the group with a thorough immersion of the region’s highlights including: Ihlara Gorge, renowned for its ancient churches, and Göreme which is characterised by eroded landforms of ancient volcanic ash, which today forms hundreds of conical pillars, some of which are still prized for the constant ambient temperatures hewed shelters, some of which date back to the 3rd century A.D.

The group had also the opportunity to visit unique places as Göreme´s open air museum or Pasabaglari, where they explored the otherworldly geological structures known as fairy chimneys.

During the final days of the visit the Gozitan contingent group joined the host parents and the rest of the international participants in an activity celebrating local home-made cuisine at the local school. The hosts were baking flat bread at the school, which complemented an array of local home-made savoury dishes and desserts.

The occasion proved to be a valuable one for the students since they socialised with peers from different countries, learnt about other cultures and gained an immeasurable amount of knowledge about history and Turkish traditions and customs.

Over 4,000 persons suffering from epilepsy; “Remove the stigma” – President Vella