Replying to questions by Newsbook.com.mt, this newsroom was directed to a spokesperson after attempts to speak directly to Joseph Portelli himself.

Partit Demokratiku wrote to the acting Police Commissioner, Carmelo Magri, demanding an investigation into Gozitan developer Joseph Portelli and the Planning Authority. PD alleged that Portelli “potentially made false declarations of ownership to enable a major development in Qala and evade an Environmental Impact Assessment”.

False declaration of ownership is a criminal offence punishable by up to two years imprisonment. It could also lead to a request for the revocation of the permit. 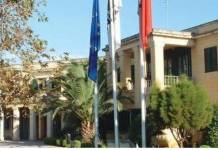 An investigation by Times of Malta, revealed that Portelli is behind a huge residential project to build 165 apartments which are the result of a number of applications filed by different people who are connected to Portelli. The local newspaper said that it discovered false declaration of ownership made in two of the applications in relation to ownership of the land in question.

Replying to questions by Newsbook.com.mt, a spokesperson for J Portelli Projects ‘absolutely’ denied that any false declarations of ownership were filed in relation to the planning application. The spokesperson added that the company would seek to take legal action against anyone who make such claims. She added that: “the declaration of ownership is completely irrelevant to the planning process and we maintain that the declaration as made is valid.”

According to the Planning Act Article 71 (4) an applicant seeking a development permit shall certify that they are the owner of the land in question or “that he has notified the owner of his intention to apply by registered letter of which a copy has been received by the Authority and that the owner has granted his consent to such a proposal” and that he is authorised to carry out such proposed development under any other law or through an agreement with the owner.

The spokesperson said that a request for a change of date of the decision was made on 8 January 2020 before the article was published by the local newspaper.

Monique Agius   February 28, 2020
In the First Hall of the Civil Court in its Constitutional jurisdiction, Madam Justice Vella Cuschieri declared that the men's detention between 14 November 2016 and 14 February 2017 was in breach of Article 5 of the European Convention on Human Rights.

John Paul Cordina   February 26, 2020
Finance Minister Edward Scicluna this afternoon washed his hands off any responsibility for the concession to run three public hospitals granted by Vitals – even as he defended the concession as it stood.