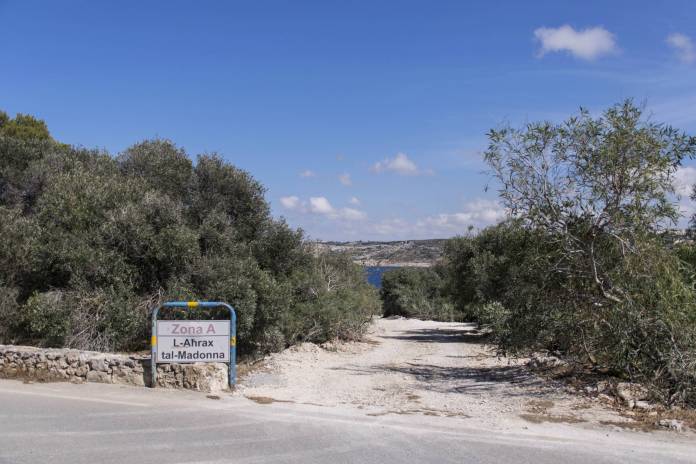 Extinction Rebellion Malta is calling on the Minister for the Environment, Aaron Farrugia, the Environment and Resource Authority, ERA and the Lands Authority to reconsider their formal agreement with Federazzjoni Kaccaturi Nassaba Konservazzjonisti, FKNK.

Hunters are expected to be given management of the Miżieb and Aħrax woodlands in Mellieħa, with a formal signing ceremony to be held at Miżieb on Sunday. Many entities have expressed their dismay at the act, including the coalition of environmental and cultural NGOs Spazji Miftuħa, and Mellieħa’s Councillors.

The NGO explained how as it stands right now, it certainly is unclear whether the public will be granted access to these two woodlands during long hunting seasons and FKNK will have full rights over decision-making with regards to these areas, and therefore if and when it will grant access to the public.

“FKNK has claimed Miżieb and Ahrax as their hunting grounds for years, and they have done so illegally. They have illegally shot down protected birds, restricted access to the public before and have set up signs and structures without legal permits,” said the NGO.

Last year, 180,000 square metres of the Miżieb woodlands were engulfed by fires and thousands of trees were destroyed.

Miżieb consists of several Aleppo Pines which are intermixed with invasive alien species, making them highly flammable. Once an analysis of these fires was carried out, the Government had announced that it was collaborating with the hunting lobby on implementing a management plan in Miżieb .

If these woodlands are signed over to FKNK and extensive mismanagement occurs, we have reason to believe that these fires can become more frequent, said Extinction Rebellion Malta.

The culture of secret agreements must end – FAA

The environmental NGO, Flimkien għal Ambjent Aħjar, FAA said this culture of secret agreements has to end. FAA is proposing the setting up of a land cadastre so that in addition to a land survey of the location and dimensions of the sites, the plantings and habitats would be recorded, as well as the rights, restrictions and responsibilities of the parties involved.

FAA said the government should immediately embark on building a land cadastre registry that would be available to everyone thus providing transparency in the land sector.

The management committee should also include members of the public to ensure the rights of picnickers, walkers, and other users of these large public areas, said the NGO.

In a joint statement the Alternattiva Demokratika, AD and the Democratic Party, PD, stated that the handing over of woodland which is five times the size of Buskett, at il-Miżieb and Aħrax, to FKNK, shows the Government’s lack of respect towards the public.

“It is just another cynical vote-buying exercise by a party which has been rendered into an unprincipled and unashamedly opportunist organisation. The Nationalist Party ‘is studying the situation’, doing what it does best, that is sitting on the fence,” said AD.

AD spokesperson Luke Caruana said that il-Miżieb and Aħrax are notorious for illegal hunting and are grossly mismanaged by the hunters’ organisation. He stated that the countryside around Mellieħa should be managed properly for the enjoyment of all residents of Malta and not the ‘privileged, politically protected few’.

Marcus Lauri, PD PRO said that AD and PD support the call by environmental and social NGOs, for il-Miżieb and Aħrax to be managed professionally by a public entity such as Ambjent Malta.

“A compromise could be reached” – Żminijietna

The Left think-tank organisation Zminijietna said that “The Minister for the Environment and ERA should at least aim towards ecological integrity of l-Aħrax and Miżieb areas and not the other way, to please hunters,” said the organisation Żminijietina as it has condemned government’s decision to handover l-Aħrax and Mizieb to hunters.

Zminijietna believes that a compromise can be reached but not at the expense of the public and biodiversity.

The organisation said that hunting regulations and hours in public areas should be more regulated so that the public can enjoy the countryside, for the rest of the day and there should be more enforcement and regulations to prevent acts that do not respect the area through the introduction of green wardens.