The call echoes another call made by press freedom organisations which called on the Attorney General to seek to establish a Joint Investigation Team to successfully conclude the investigation concerning the assassination journalist Daphne Caruana Galizia.

Matthew Caruana Galizia asked in whose interest is the slow, fragmented and ineffective investigation serving. Speaking to Newsbook.com.mt, Caruana Galizia warned that if it continues progressing this way, this would be fatal for Malta’s justice system and ultimately its democracy.

He observed that in Malta’s entire history only one case of corruption had been prosecuted while Malta remains with the highest rate of unsolved murders in Europe.

“The Prime Minister and Attorney General are asking my family to ignore all of this evidence and to put our faith in a system which they insist exists and is working, but which from the evidence, we can see barely exists and does not function at even the most basic level. Even if it wanted to, our country cannot seriously investigate without the support of a JIT. The reason for refusing to ask for that support can only be a bad one,” he stated.

Newsbook.com.mt had sent in questions to the Office of the Attorney General asking why Malta has not requested the establishment of a Joint Investigation Team. Despite having sent the questions on 17 March, no replies were forthcoming until the time of writing.

Newsbook.com.mt also reached out to the Police on the matter of establishing a JIT. A spokesperson for the police remarked that the police was working with Europol on the case.

The Assembly had called on Malta to end the prevailing climate of impunity by investigating and prosecuting those suspected of being involved in or benefiting from the scandals, recalled Omtzigt.

“It is now over four years since the Maltese FIAU submitted a report on the Panama Papers to the police. It is three years since former MP Simon Busuttil applied for magisterial inquiries, relying on leaked FIAU reports into the Hillman and ‘golden passports’ affairs,” said Pieter Omtzigt. 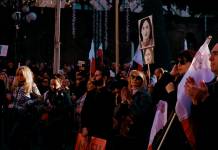 The rapporteur on the assassination of Daphne Caruana Galizia and the rule of law in Malta stated that none of the inquiring magistrates have produced any concrete results in any of the ongoing cases. He mentioned how only the Egrant inquiry was concluded, within 15 months but almost two years later, the Attorney General has still taken no action on the magistrate’s recommendations.

In March 2019, GRECO stated that ‘most files against the most senior officials are stuck at an early stage of criminal proceedings. This conveys a feeling in the public that senior officials benefit from total impunity for their actions, said Omtzigt.

He then mentioned the MONEYVAL report and how it noted concerns that the ‘law enforcement authorities are currently not in a position to effectively and in a timely manner investigate and prosecute high-level and complex money laundering cases related to financial, bribery and corruption offences’. 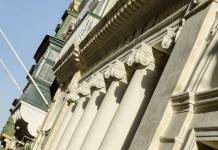 Pieter Omtzigt said that many people, including himself, were initially prepared to give Prime Minister Robert Abela the benefit of the doubt but the persistent failure to investigate credible allegations of high-level corruption or to reform the institutions concerned has gone on for too long.

Omtzigt concluded by saying that since the ‘Maltese authorities remain inherently incapable of resolving these cases, due to institutional shortcomings and an apparent lack of political will, he therefore, calls upon the Maltese authorities to establish Joint Investigative Teams with the competent authorities of relevant States.

A Joint Investigation Team – based on an agreement between competent authorities in two or more countries when there is a cross-border dimension to criminal activity – brings together judges, prosecutors and law enforcement from the countries concerned to carry out a joint criminal investigation.

The EU’s criminal justice agency EUROJUST describes it as “an efficient and effective co-operation tool that facilitates the coordination of investigations and prosecutions conducted in parallel in several States”.

Abela is not interested in fighting corruption – Partit Nazzjonalista

Opposition spokesperson for Justice Jason Azzopardi said that Prime Minister Robert Abela was not interested in the fight against corruption. Reacting to the news, the Opposition condemned Abela for allowing corruption to fester in a climate of impunity. Azzopardi noted that people were paying a heavy price with corruption which was tarnishing Malta’s reputation and impacting jobs.