Over a dozen organisations have said that the government’s support for the building of the Malta-Gozo at this stage, shows a ‘blind commitment’

The 13 organisations which include Moviment Graffitti and Flimkien għal Ambjent Aħjar, state that it is too early to be pledging commitment to the project without the relevant and independent feasibility studies having been carried out or published.

They state that this is ‘not only counterproductive but also irresponsible, since the benefits and impacts of the tunnel are not yet known.’

Watch: ‘A metro and vehicle tunnel is not possible’ – Franco Mercieca

No to tunnel; Other options must be explored – GUG

Will tunnel developers be given reclaimed land in exchange for project? – PD

In this regard, they highlight that is not known whether the tunnel will actually reduce the journey time between the two islands and accommodate the expected daily traffic of 9,000 cars.

Similarly to the Interdiocesean Environment Commission’s report earlier in the year, Moviment Graffitti and its fellow NGOs also believe that these studies on the tunnel must also include a weighing up of the different travel options.

Government should weigh up all connectivity options and impacts – KA

Watch: ‘Malta-Gozo tunnel could spell the end of hotels in Gozo’ – AD

Watch: Too late to go back to the drawing board on the tunnel – Justyne Caruana

They conclude by saying that there is a need for an informed debate on the mobility options and challenges.

The organisations involved are:

While over a dozen NGOs are calling for better studies on the Malta-Gozo tunnel, the Minister for Transport, Infrastructure and Capital Projects Ian Borg, was in Paris discussing tunnels and infrastructure projects.

Meeting with the French National Federation for Public Works and with the French International Entrepreneur Federation, the Minister met with a number of French contractor and engineering companies to discuss Maltese infrastructure projects including the proposed Malta-Gozo tunnel. 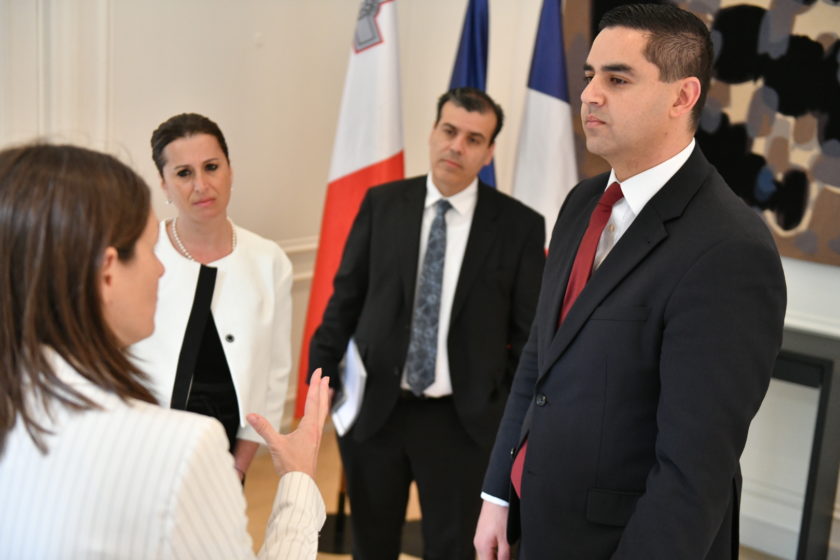 Reflecting on the visit, the Minister said, ‘I believe that discussions are strong and the positive relations we have with our European colleagues are important. Listening to and learning from others and sharing your best practices with them is one of the best aspects of being part of an international team of countries. Here we had the opportunity to discuss several important elements related to our plans in the infrastructure and transport sectors and I look forward to more collaboration.’