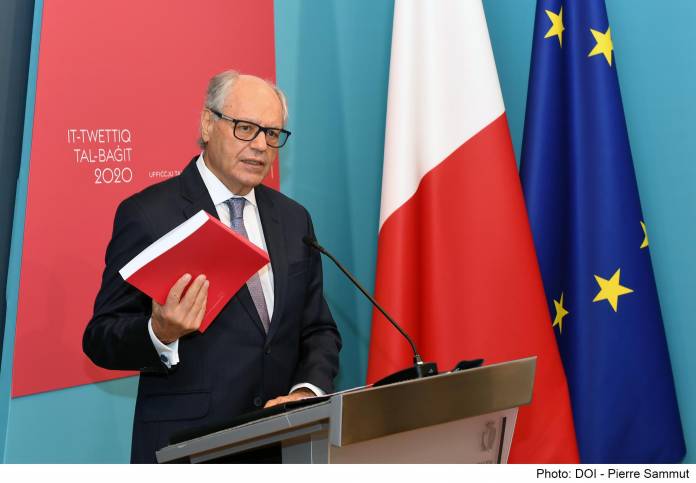 Minister for Finance and Financial Services Edward Scicluna outlined how the Government kept 65% of its 2020 budget promises despite Covid-19 disruptions.

Scicluna was presenting the publication of the 2020 budgetary promises that were kept. The document is published in the interest of transparency and accountability for the budget presented in October 2019.

He outlined due to the pandemic, last June saw another €900 million budget being announced to aid families and businesses. On his end, Permanent Secretary Mario Cutajar also stated that this budget led to around 93,000 jobs being saved. Cutajar also said that some measures had to be postponed due to the pandemic, but the Public Service remains devoted to ensuring that the measures that are in process, and that are still relevant, are implemented in the upcoming months.

Minister Scicluna explained that amongst the promises kept, there was one where those who do not hold managerial positions, and whose salaries do not exceed €20,000, were taxed at 15% on the first 100 hours of overtime of 2020. This measure is expected to cost €5.3 million.

Budget 2021 is to be announced next Monday, 19th October.