The government has made misguided and erroneous decisions which led to travel restrictions being imposed on Malta, the Malta’s Employer’s Association said on Friday.

Various countries have advised their residents to avoid unnecessary travelling to Malta, require a negative coronavirus swab test result or have imposed mandatory quarantine upon return. Among the countries imposing such restrictions, one finds the United Kingdom and Italy.

As from Saturday, people coming to the United Kingdom from Malta among other countries will be forced to quarantine for 14 days, the British Transport Secretary Grant Shapps announced earlier. 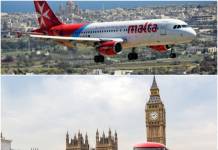 Referring to the UK’s decision, the MEA stated that Malta can now rule out an early tourism recovery.

The MEA said that the government opted for selective consultation with lobbyists, resulting in a misguided repositioning of Malta’s tourism product. The association noted that after months of sacrifices and financial packages aimed at keeping the situation under control, the new restrictions have resulted in massive hotel cancellations.

It added that the catering industry faced bleak prospects once the voucher spree subsides.

“Government will now have to pump more millions to keep the economy running.Many companies are losing business, and families their livelihood because of the capricious lobbying of a few operators who stood to gain from turning Malta into a party island.”

The MEA said that it was in favour of opening the airport and to target tourists which would have posed minimum risk of contagion, concurrent with strict control of mass events held locally.

“It was also generally acknowledged that tourist arrivals were expected to be low compared to previous years, but now the outcome of this scenario will be much worse than the alternatives.”

The MEA warned that affected companies will be expecting an extension of fiscal measures to keep them running and to prevent massive layoffs in the coming months, adding that the running costs will run into million.

“It is hoped that the funds allocated by the EU will be sufficient to support industry and jobs until the situation improves,” the statement ends.

Malta registered 31 new coronavirus cases on Friday bringing the total number of active cases to 505. During the weekly press briefing, Public Health Superintendent Professor Charmaine Gauci revealed that three patients are currently in intensive care – one of which is breathing through a ventilator. 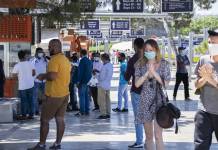 Emirates reaffirms customer commitment with ramp up of refunds capability