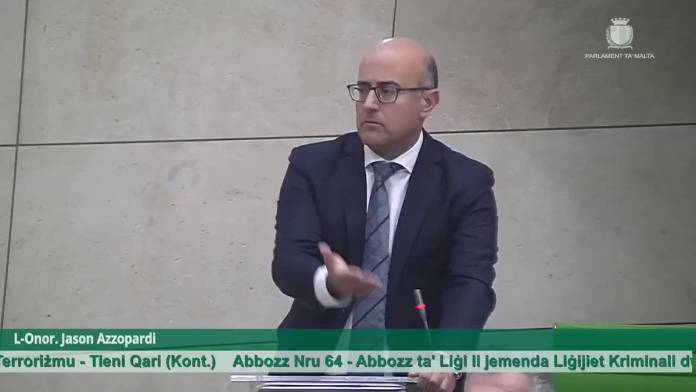 Nationalist MP Jason Azzopardi urged the government to make use of its emergency powers to impose price controls, to prevent price gouging on essential items during the ongoing coronavirus outbreak.

Azzopardi was speaking during debate on a law specifying that all legal times are to be suspended when the Law Courts are closed during a public health emergency. However, since it was government MPs’ turn to make an adjournment speech – though none made use of the opportunity – and since Parliament has risen for its Easter recess, the MP made use of the debate on the law to make his point.

The MP noted that while the coronavirus outbreak was hitting many people’s pockets, there were those who were abusing the situation through price gouging. He said that through the government was empowered to set price controls.

“The government has tools at its disposal, and I invite – not challenge – it to make use of them,” he said.

Labour MEP Alex Agius Saliba has similarly called for price controls, in an appeal addressed to the European Commission, but Azzopardi was critical of this effort since Malta could address the matter on its own.

“Perhaps he should instead tell the Economy Minister to wake from his slumber,” Azzopardi said, pointing out that France used similar legislation to impose price controls on hand sanitisers.