€50 million nominal in the 1.5% Malta Government Stocks 2045 (I) F.I. has been cancelled since the payment due from a successful bidder in this stock had not been received, the Finance Ministry said on Friday.

On 4 November, the Finance Ministry announced the auction results and allotment of the stocks offered in the Malta Government stock issue of November 2020.

Finance Ministry publishes results:
Auction results and allocation of the Malta Government Stock are out 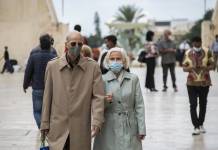 The Finance Ministry explained that the Treasury cancelled the unsettled allotted amount without allotting further bids in terms of the General Prospectus published in 2018.

The revised allotted amount in the 1.5% MGS 2045 (I) F.I. shall be €114.3 million whilst the allotment in the other two stocks shall remain unchanged.  After the cancellation of the unsettled amount the Treasury accepted the amount of the Euro 185 million among the three stocks:

(*) includes unsettled amount of €50 million nominal which was cancelled

Auction results and allocation of the Malta Government Stock are out