During a pandemic, it is essential that the media is provided with resources. This was said by Dr Gege Gatt, during the radio programme Newsbook Hour, broadcasted on 103. He was being interviewed by Fr Joe Borg.

Dr Gege Gatt, Chairperson of Beacon Media Group, said that Government should supply more help to those who provide media services. In his view, the Government should not govern based on the NAICS codes – a table in which each job is given a number.

Newsbook.com.mt together with radio station 103 both form part of Beacon Media Group.

“In my opinion, the media should pass a double test. The first is to have a publication, and the second that the person or entity main’s occupation is that publication, ” said Dr Gatt.

According to Gatt, media organizations currently fall under Government’s “Annex B”, which grants partial payroll refunds up to a maximum of €800. There are also some advantages to borrowing and postponing the tax.

In his words, the likelihood is that most media organizations are not profitable. 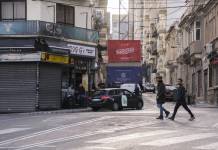 The importance of the media

Gatt spoke about the importance of media in society. He expressed that the media would facilitate national dialogue. He said that citizens form their opinions and listen to different opinions on different media. Apart from the information that one gets from the media, it is also a tool of entertainment.

Gatt said citizens would then make informed decisions based on plurality.

He said that it is important not just to make an economic argument but to understand the impact that the media will have on the whole of society.

Dr. Gatt stressed that in such moments of a pandemic, the media should be given the resources to keep it going. He said that readers and listeners seek credible sources of information.

On 103 Malta’s Heart, MPS director Chris Mifsud, one of Malta’s leading communications companies, said that the communications and media industries are not sufficiently supported by the measures announced by Prime Minister Robert Abela.

On behalf of 60 media companies, Mifsud said they should be considered in the category of industries most severely affected by coronavirus and given the highest level of assistance. Beacon Media Group is one of those 60 companies. 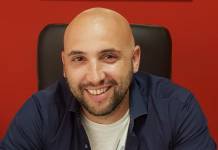