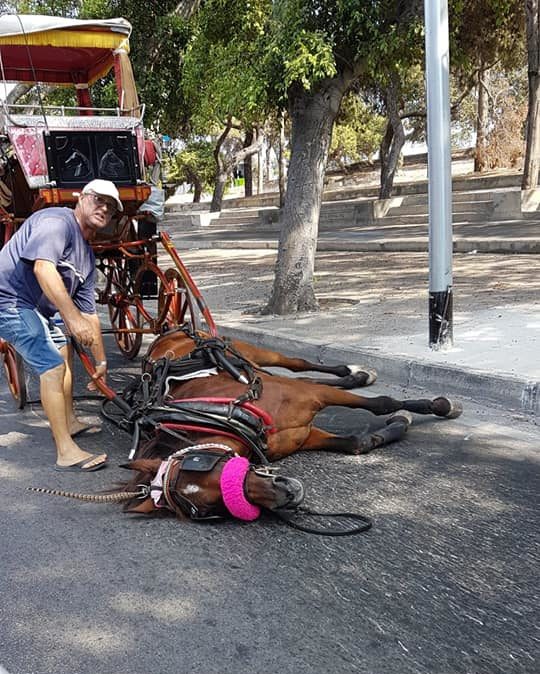 The Government has said that the horse which collapsed in Pieta was not mistreated.

This was stated after the Animal Protection Directorate concluded that the incident took place due to reasons other than ill-treatment.

This investigation was instigated after several comments on social media were posted after the accident took place.

Next Saturday will see a protest against horse-drawn carriages in Valletta.

A number of cars parked under horse tents