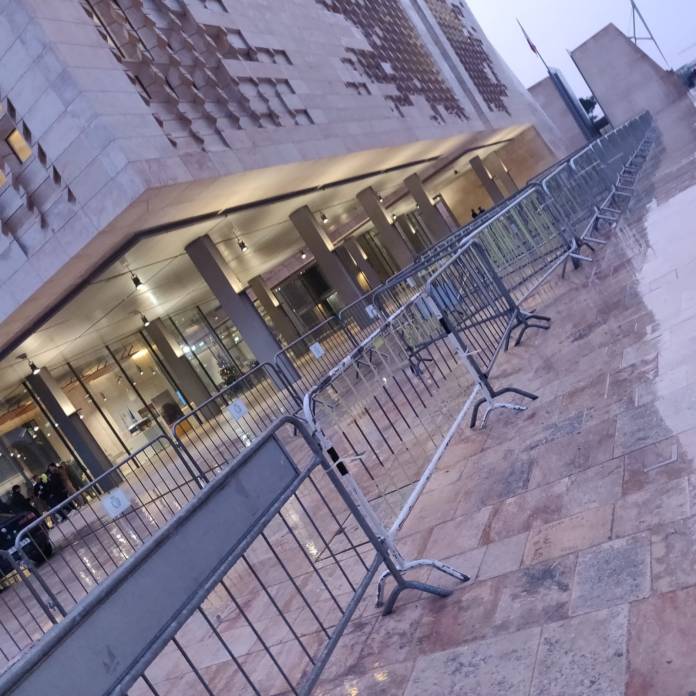 Ahead of the civil society protest this evening organised by Repubblika and Occupy Justice government has raised the barricades outside parliament. The barricades prohibit movement and permeability, the two things which the design by the world-class architect Renzo Piano tried to combine in the design for the house of the representatives of the people.

The area outside parliament was the scene of some nasty scuffles last week in a similar protest when a policewoman was hurt when the driver of the justice minister attempted to plough into the protesters.

Watch: Minister’s car and activists in incidents outside parliament