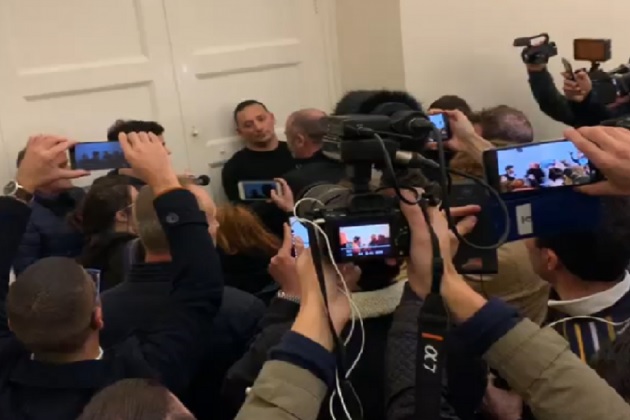 The Institute of Maltese Journalists said that it knows of no protocol which governs Prime Ministerial Press conferences. The IĠM challenged government’s legal countersuit saying that all claims that the now infamous hostage situation which the journalists faced after a press conference in the Auberge de Castille show the grievous situation in which the profession finds itself in at the moment.

The IĠM said that the Attorney General’s reply said that in the case of press conferences, there is a protocol which is followed. The Prime Minister and ministers exit first and then all other persons exit. The reply, said the IĠM, said that all public events follow that protocol and that the journalists were not allowed to leave all at once so that a crush would be avoided for security purposes.

The IĠM said that the notion that journalists cause crushes and security risks is an insult which the institute condemned forcefully. It stresses that rather than causing a risk, the journalists have often put themselves at risk to do their job. The IĠM, questioning the role of unidentified persons who barred the doors, said that it was a further insult that government felt that it need to put ‘guardians’ on journalists to ensure that they will behave appropriately.

The IGM condemned roundly the hostage situation which developed after the post-Cabinet Castille conference, government’s official reply and said that it will do its duty and protect in every way free journalism.

Reuters   July 4, 2020
The pre-July 4 holiday event drew 7,500 people, packed into an outdoor amphitheater. Many did not wear masks, defying the advice of health officials who have urged Americans to avoid large gatherings to slow the spread of COVID-19.