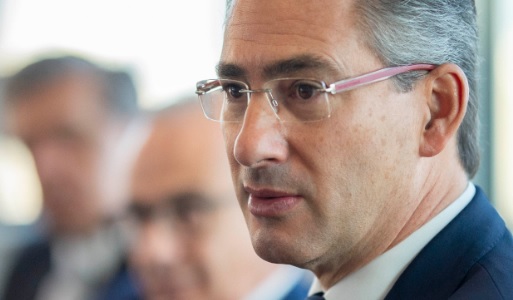 The President of the Malta Chamber Perit David Xuereb said that the mini-budget announced by the Prime Minister, the Minister for Finance and the Minister for the Economy was disappointing. He said that this should have been based on addressing the needs of the sectors which needed the most help, those whose life-expectancy was severely threatened. Instead, he said the government has not taken appropriate steps to decrease the risks of heavy job losses. Perit David Xuereb was speaking to Newsbook.com.mt and Newsbook Hour on 103 Malta’s Heart.

Perit David Xuereb said that the Malta Chamber has been working on the post-COVID-19 scenario “on how to weather the storm” for some time in what he described as a good open relationship with the PM and government. He added that the Malta Chamber’s hand on the pulse of different sectors of the economy gave it a unique vantage point which made it a valuable working partnership with government. He said that there are industries which need no help while others have already ground to a halt. “We gave the government a recipe designed on what our sectors were telling us and aimed at keeping all the jobs intact,” said Perit Xuereb. The President of the Malta Chamber said that the €1.8 billion budget was disappointing since while the figure seems substantial, a large amount of the money is targeted to loans and those with banking interests. Perit Xuereb said that while this is a good thing, the reality is that to help businesses, there must be a functioning operation with people who are actually working. 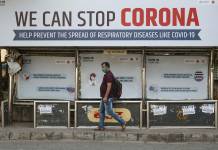 By the skin of their teeth

Perit Xuereb said that the economic aid package proposed offers help to those who can end up on the dole. This said Xuereb is a good thing and the help there is substantial. The gaping hole in the package, according to Xuereb is the aid required for the actual prevention of redundancies. “That is where we got worried. We saw that there was serious help for those who are made redundant. On the other hand, the actual help to stop redundancies from occurring was glaringly absent,” said Perit Xuereb. Tourism and retail are two sectors which have been very hard hit. He added that they are hanging on by the skin of their teeth said Xuereb. The supports they need was measured and passed on to the government.

Employees will be biggest losers of announced measures – Chamber of Commerce 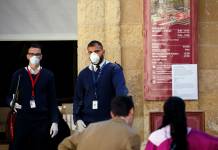 Xuereb said that the proposal that 50% of the salaries in critical sectors are shouldered by government and the rest split up between employers and employees was a carefully crafted proposal. He criticised the government’s rebuttal with a nominal 20% aid based on the minimum wage saying that the minimum wage is earned by about 10% of the population and is not a realistic measure for the industry. “In reality, this translates into aid of about 10% injection when we requested a 50% injection”, said Xuereb. He added that the government’s aid in this direction falls far short of the requirements.

The President of the Malta Chamber said that the current situation throws a heavy onus on the resilience and creativity of the job market and the inventiveness of employers to keep people in their jobs. He said that the risk of job losses has now increased. He had stern words too for the public sector. Perit Xuereb said that another aspect which was lacking in the aid package was the lack of initiative to trim the fat off the public sector. He made it clear that this was not a reference to the health sector but rather to the ‘fat around government operations’ where government expenditure is reined in and kept to the absolute minimum.

Looking at the international economic climate, Perit Xuereb agreed that the world will be a much different and much tougher place post – COVID-19. With Malta’s economy completely exposed to and absorbent of the ebbs and flows of the international economic tides, the president of the Malta Chamber said that Malta needs to swim with the sharks. He said that in a globalised scenario, Maltese entrepreneurs need to be canny and quick and need to get all the support they can get. “This is the business sense, not a question of accounts…I am most worried that our erstwhile comfortable starting advantage can be lost. The injection of business savvy seems to be lacking, increasing the risk for the economic future” warned Perit Xuereb. Fortunately, he added, Minister Schembri said that this was not going to be the final package so that will give the businesses hope.

Perit Xuereb said that there are sectors whose life support will last for a week or so, other will last a month and others three and help should be given where needed. Perit Xuereb said that the sectors which are most at risk, the hardest hit, were those which depended on direct human interaction such as retail and tourism. Added to these were the English Language schools which are in serious cash-flow problems and the companies involved in entertainment and MICE. On the other end of the spectrum, the construction industry needs no help and the slowdown in real estate prices is a market correction. The Financial Services sector too is not in jeopardy, 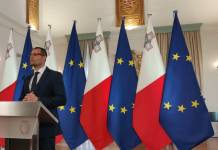