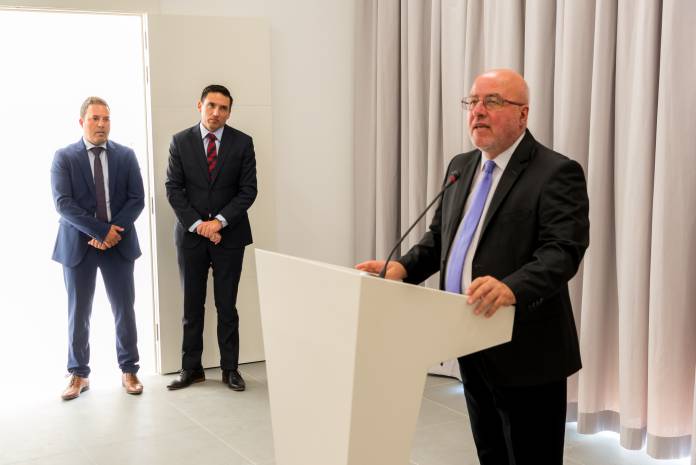 Prime Minister Muscat’s Cabinet gave thumbs down to proposals made in July by the Commissioner for Standards in Public Life, Dr. George Hyzler proposing that the practice of employing MPs with the Government is unconstitutional. The recommendation to refute Hyzler’s advice was part of a report penned by Principal Permanent Secretary Mario Cutajar who quoted in support of his position the advice given by Attorney General Peter Grech and Profs Ian Refalo.

In an attempt to raise standards in public life, the Commissioner had dubbed the practice of employing government MPs with the Government as unconstitutional, He had added that MPs should only receive their parliamentary remuneration. It is only in exceptional cases that the law allows for MPs to receive other income from the government. Hyzler described the practice of giving government jobs and consultancies to backbench MPs as “fundamentally wrong”. In his report, Hyzler had concluded that the practice dilutes Parliament’s role of scrutinizing the government and goes against the Code of Ethics of Public Employees and Board Members and the underlying principles of the Constitution.

However, the Principal Permanent Secretary says that there is nothing wrong in all this. He quotes, as comfort, legal advice.  In his  30 page assessment report Cutajar said that when Members of Parliament are appointed as persons of trust “no breach of the Constitution is being made, no disavowal of the principles of the Constitution is taking place, no laws are being broken, and that one cannot say that there is a conflict of interest for the parliamentary deputies as so appointed.”

Cutajar noted the exceptions provided in the Constitution whereby public officials up to a certain grade can become Members of Parliament. Referring to historical precedent he said that

“From Independence to the present, a number of public entities have been set up which did not prohibit parliamentary deputies from serving on their boards”.

The Principal Permanent Secretary said that the Commissioner had failed to distinguish between civil servants and those appointed to positions of trust, which were temporary in nature. Cutajar, however, conceded that the system used in Malta is not perfect.

The only comfort Government is giving the Standards Commissioner is that Labour whip Byron Camilleri has been tasked to organize a discussion of the subject with fellow  MPs within parliament’s committee for standards in public life.

Now, not the past – Hyzler

Dr Hyzler, participating Monday in 103’s programme Newsbook Hour, some hours before Government’s position was made public said that he has no problem saying that actions happening under previous administrations were wrong. What he was proposing, he said, were recommendations to raise standards for the present and the future.

The full assessment written by Mr Cutajar as well as the opinions of Attorney General Peter Grech can be read below.