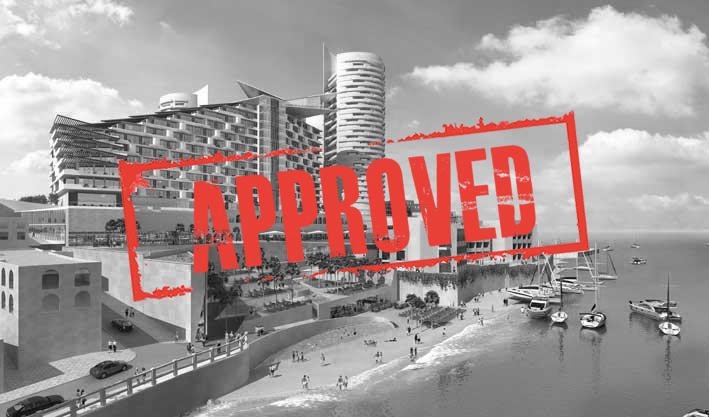 Partit Demokratiku said that the Planning Authority (PA) has lost all credibility in approving the massive db Project in Pembroke. PD said that the 10 members of the Planning Board of the Planning Authority have approved the db project in Pembroke despite the objections which have raised since the project was announced. PD stated that the government publicly flouts the letter and the spirit of the law by aiding and abetting environmental degradation for the benefit of big businesses.

Partit Demokratiku said that it fully supports any appeal process that NGOs and civil society decide upon and will put its limited resources at their disposal, while expecting the PN to formally support the NGOs in their appeal if it really means what it says.
A decision difficult to understand
According to PD, various factors render this decision incomprehensible. It said that such a massive project cannot be approved without a Development Brief since it infringes planning policy. A public consultation should have been done before the project was even recommended. The visual impact is excessive and goes against the character of the Maltese environment bringing with it the negative effect of overshadowing on the neighbouring buildings, public garden, hotels and the seashore.
The PD said that the development does not follow the Floor Area Ratio Policy since small disjointed areas and roofed over spaces cannot be considered as public spaces and their purpose is to serve private interests and not the public.The Floor Area Ratio requires that 50% of the site has to remain ‘public open space’. The building is incompatible with the Height Limitation Adjustment Police. Whereas Hotels usually keep airspace as potential for growth, the proposal uses this space to increase the number of luxury apartments.

Reuters   July 3, 2020
The Vatican's new financial regulator says he is confident that the days when the Holy See would "wash dirty laundry" in private are over and that Pope Francis' recent spending rules are a sea change in transparency.

John Paul Cordina   July 1, 2020
The European Central Bank has withdrawn the licence of Satabank plc as from Tuesday, on the advice of the Malta Financial Services Authority.

Prague citizens see coronavirus out with a dinner on a 500...