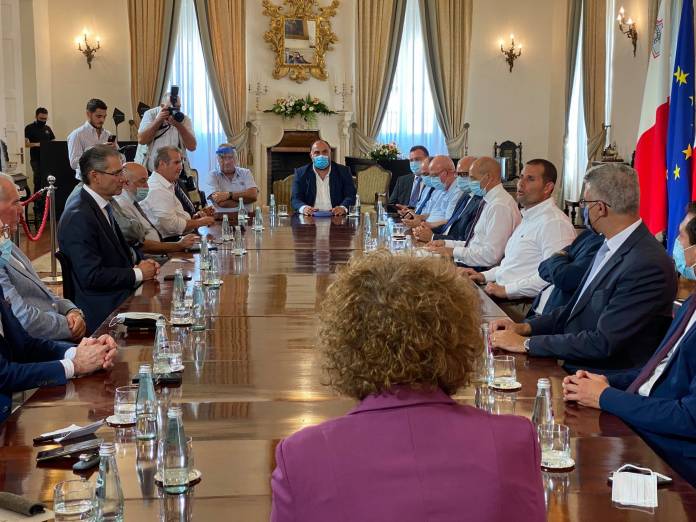 The government and employers have both argued in favour of allowing mass events with a capacity of up to 300 people at Thursday’s Malta Council for Economic and Social Development meeting, Newsbook.com.mt is informed.

Meanwhile, the Medical Association of Malta – backed by the UĦM Voice of the Workers – insisted on a limit of just 10.

With the stated aim of encouraging open discussion, MCESD meetings are not open to the press; generally save for the first few minutes when introductory remarks may be made. However, sources informed Newsbook of the wide differences in opinion among social partners on what sort of events should be allowed in the midst of a resurgence of the Covid-19 pandemic in Malta.

The government initially proposed capping events at a maximum of 300 people. Though employers’ bodies on the council encouraged caution, they nevertheless agreed with this stated limit.

Ultimately, Prime Minister Robert Abela proposed a compromise; capping outdoor events at 100 people and indoor ones at 60. But the MAM held firm to its position, and on Friday morning announced that the doctors’ strike would continue.

And in the absence of an agreement, Abela is inclined to stick to the 300-man limit the government originally put forward.