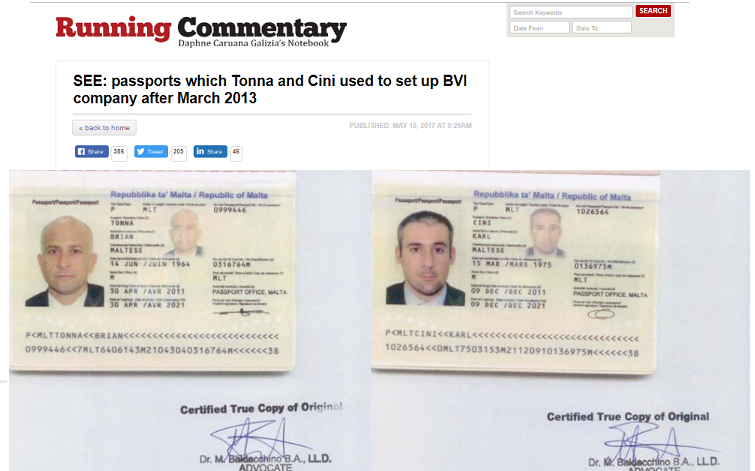 The family of slain journalist Daphne Caruana Galizia today published correspondence with the Office of Information and Data Protection. Through this correspondence Dr Peter Caruana Galizia, the husband of the murdered journalist replied to a claim filed by Government consultants Brian Tonna and Karl Cini to have published evidence in an inquiry removed from the public domain. Dr Caruana Galizia said, in his reply, that the complaint is based on retroactive application of the law and is time-barred.

The information in question was published in a blog post by Daphne Caruana Galizia, entitled “SEE: passports which Tonna and Cini used to set up BVI company after March 2013” in 10 May 2017. In his reply, Dr Caruana Galizia said that Tonna’s and Cini’s complaint is based on a law which came into force on 28 May 2018, over a year after the blog post and images were published. He pointed out that no law can be applied retroactively. Consequently, no complaint based on retroactive application of the law should be admitted by the data protection commission. 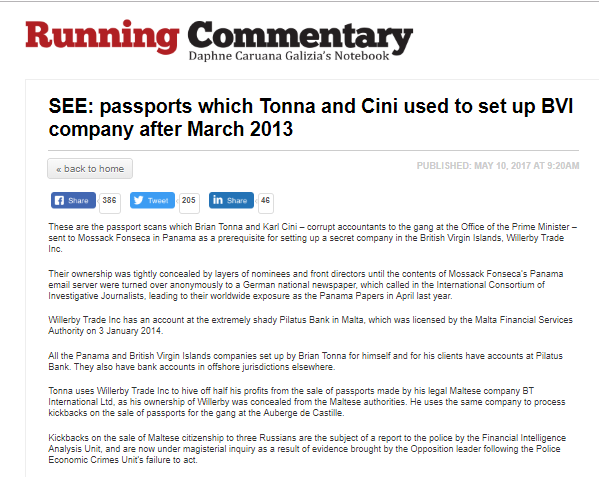 In his reply, Dr Caruana Galizia said that the magistrate leading the inquiry into Daphne Caruana Galizia’s assassination has given instructions for daphnecaruanagalizia.com’s content to remain untouched as it forms part of the proces-verbal. This means that the persons mentioned in it, including the complainants Brian Tonna and Karl Cini, are persons of interest in the murder investigation. Removing any part of the contents would mean being in contempt of court. 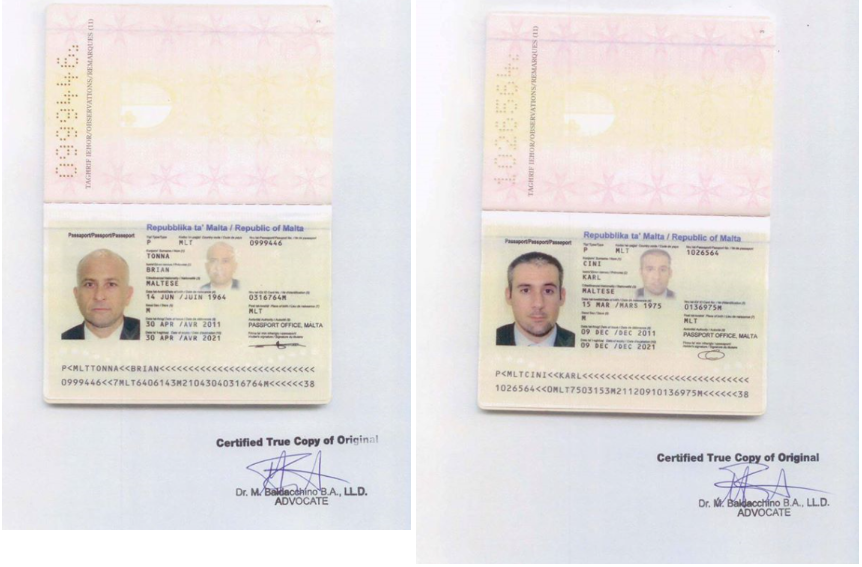 The legal submission continued that the allegations in the blog post describing the complainants as “corrupt accountants to the gang at the Office of the Prime Minister” and that they have set up companies in Panama and the British Virgin Islands “to process kickbacks on the sale of passports for the gang at the Auberge de Castille” is of immense public interest and the images serve to fully substantiate the allegations.

MFSA monitoring impact of COVID-19 on the Maltese Securities Market

Sylvana Debono   April 8, 2020
The Malta Financial Services Authority (MFSA) in a statement said that it is continuously engaging with the Malta Stock Exchange and is closely monitoring the impact of the recent outbreak of COVID-19 on the local Regulated Market.

Amy Borg   April 9, 2020
Infrastructure Malta and the Bicycle Advocacy Group announced they are working together to improve the safety and effectiveness of new cycling infrastructure included in ongoing and upcoming road projects.

“Stay home for us” – EAR appeal to the public