The Public Inquiry Board into Daphne Caruana Galizia’s murder case must take on the responsibility of the inquiry’s outcomes declared the Government.

The statement came as a reaction to the formal communication, known as a court decree, which the three judges forming the Board of Inquiry made at the closure of the sitting during which disgraced former OPM Chief of Staff Keith Schembri took the witness stand. The board said that there was no room for time limits which were not indicated in its terms of reference. “The search for truth can never be subjected to arbitrary and unilateral terms that could condition those called to judge, especially when the terms of reference of the board of inquiry were agreed upon with the family of slain journalist Daphne Caruana Galizia,” the decree read. This decree is also contextualised by the affirmation by the Prime Minister that the Inquiry has to be finalised by the end of the year as well as the repeated challenges to the Board posed by former PM Joseph Muscat in his testimony, supported by his lawyer  who is the main legal counsel for the Labour Party government’s appointee on the Commission for the Administration of Justice

In a terse communication the government statement said that the Board has taken it upon itself to extend the end date of the inquiry indefinitely. “The Board has also decided that it has the sole right to determine the limits and the terms of reference given to it. The Board will have to shoulder the responsibility of its decisions and the consequences these bring” read the statement. 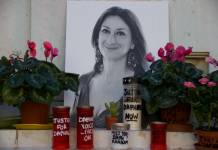 In less than a year including a ten-week suspension due to the outbreak of coronavirus, the board of inquiry held 85 sittings and heard around 100 witnesses. However, in the court decree, the Board said that some Europol data which could be useful to the inquiry will be made available by mid-January.

The board is chaired by retired Mr Justice Michael Mallia and has Chief Justice Emeritus Joseph Said Pullicino and Madam Justice Abigail Lofaro as its members.

Mr Justice Michael Mallia and Chief Justice Emeritus Joseph Said Pullicino who are receiving honoraria for their work, said that they are willing to renounce payment for their work for the extension of time.

Once all sittings are held, the board will draw up a report and present it to the prime minister and the attorney general.

Minister for Justice weighs in in parliament

“If the public inquiry is not completed, the rule of the jungle will takeover” – Zammit Lewis

Justice Minister Edward Zammit Lewis said in Parliament, that if the public inquiry into the murder of Daphne Caruana Galizia, going beyond the agreed terms, the rule of the jungle will take over in Malta.

Zammit Lewis said that any inquiry must be subject to time limits in accordance with the Inquiries Act, Cap. 273 of the Laws of Malta. He said that since the Judges must take over the inquiry and go beyond the terms agreed between the Government and the Caruana Galizia family, everyone must shoulder responsibility for their actions.

Threats are not going to stop us – Cassola

“Such threatening language is unacceptable. What does Robert Abela mean by “consequences”? Who is he trying to intimidate?” asked independent candidate Prof. Arnold Cassola in a reaction.

“Honest people want to get the full truth” Cassola said,  “It seems that Robert Abela is more interested in putting spokes in the wheels to prevent us all from getting to the truth.”

“Threats are not going to stop us from getting to the full truth” Arnold Cassola concluded.