A fourth vessel has been chartered by the government to hold asylum seekers offshore, Newsbook.com.mt has learnt. The news was confirmed by a spokesperson for the Office of the Prime Minister.

The fourth vessel will be used to hold a group of 77 male asylum seekers who were rescued during a search and rescue operation coordinated by the Armed Forces of Malta.

A total of 443 people have been held offshore on vessels which were especially chartered by the government. Some of those on board have been for over a month at sea. Malta declared its ports closed to migrant landings, adding that it could guarantee succour asylum seekers at sea due to the ongoing pandemic. The government adopted a hardline stance on the issue which came under fire due to human rights concerns.

All three Captain Morgan coasting vessels have been chartered to hold migrants. The government chartered the fourth vessel from Supreme Cruises.

It is not known, when the asylum seekers on board the vessels will be allowed to disembark.

Newsbook.com.mt reached out to the Armed Forces of Malta inquiring about the boat carrying around 48 asylum seekers. The spokesperson redirected this newsroom to the Office of the Prime Minister and the Ministry of Home Affairs. 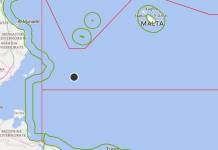 An OPM spokesperson replied that the AFM coordinates “four rescue operations” on a daily basis.

It had transpired that the government is paying €3,000 daily for every vessel chartered from Captain Morgan. The information was tabled in parliament by Home Affairs Minister Byron Camilleri. The third Captain Morgan vessel was chartered on 22 May.

On Thursday, Prime Minister Robert Abela was accompanied by Home Affairs Minister Byron Camilleri and Foreign Affairs Minister Evarist Bartolo on unannounced trip to Libya where talks on migration were held with the Government of National Accord.

Watch: PM and ministers return from unannounced visit to Tripoli

Reuters   July 8, 2020
U.S. coronavirus task force response coordinator Dr. Deborah Birx said that the United States and other countries could have had a stronger initial response to COVID-19 if China had been more forthcoming about key features of the virus.