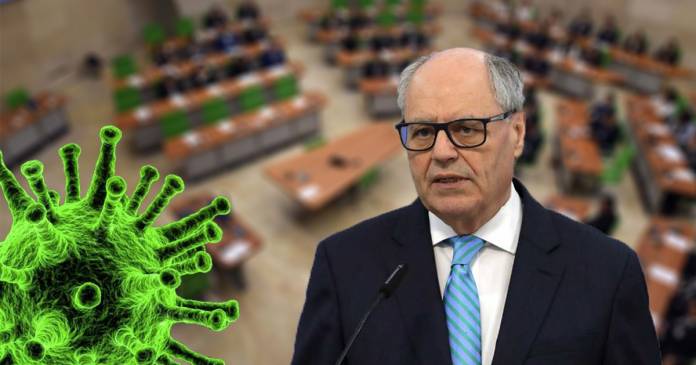 The amount of money that the government can borrow this year has been increased substantially in light of the economic impact of the ongoing coronavirus outbreak.

The two motions and bill raising the borrowing limits – which are set in the annual budget – were rushed through Parliament this evening. All three were approved without a vote, with the Opposition announcing that it was taking the unprecedented step of approving a government money bill in light of the circumstances.

“These exceptional circumstances demand a national response,” MP Mario de Marco said, adding that the opposition would do the same should further borrowing be required to safeguard people’s livelihoods.

Borrowing through treasury bills is being increased from a maximum of €700 million to a limit of €1 billion, while the limit on debt instruments is being raised to €2 billion.

As he wound up debate in parliament, Finance Minister Edward Scicluna noted that the government was not only planning to increase its expenditure, but was also expecting a drastic cut in revenue.

As a result, he said, Malta will be registering a deficit, adding that it could well be “a record deficit in our country’s history.”

Scicluna said that the situation made the budgetary surpluses registered in previous years even more crucial, citing Keynesian fiscal policy. He noted that the Great Depression was made worse by government spending cuts, when greater spending was required. On the other hand, he added, governments had to be prudent when the economy was booming.

In a response to the Opposition’s calls for stronger financial aid packages, Scicluna warned that as an EU member state, Malta could not implement all the measures it wished, as they may fall foul of EU regulations. However, he insisted that all affected sectors would be helped, according to their needs.Scicluna also added that once the outbreak passes, a new recovery package would be needed, and that this had to be held into account when aid packages were announced during the course of the outbreak.