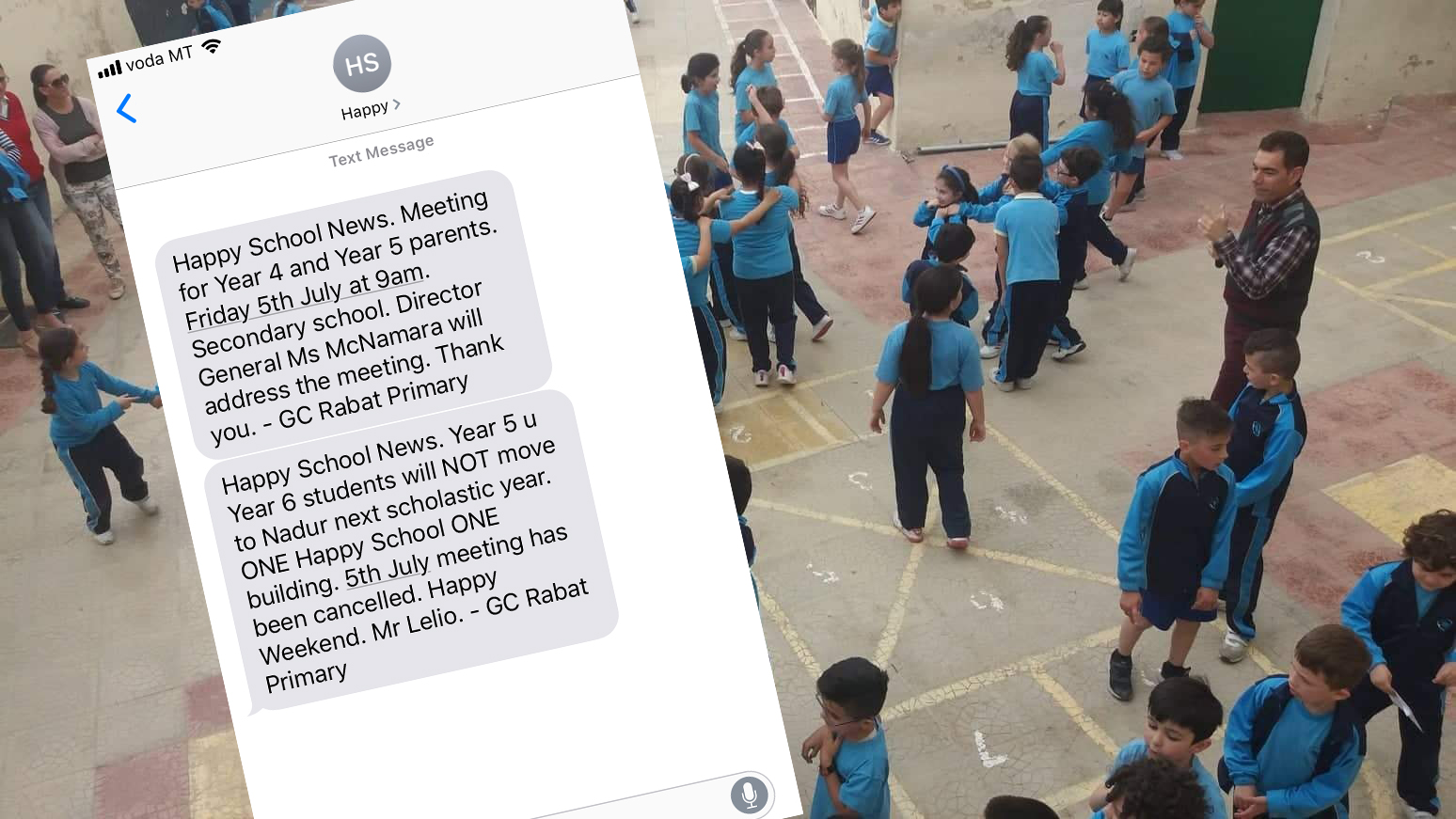 Victoria Primary Happy School Headmaster Lelio Spiteri announced that the Year 5 and 6 students were not going to move school after all, despite the Government’s plans to transfer these students to the Nadur Primary School instead.

Newsbook.com.mt can confirm that the Government’s plans to have the Victoria Primary students move to the Nadur Primary School were at an advanced stage.

Earlier this week, the students’ parents received a message from the school’s administration informing them about a meeting scheduled to take place on the 5th of July. The meeting was to be addressed by Education Services Director General Maria Mc Namara. Teachers who spoke to Newsbook.com.mt said that the parents were going to be informed of the school change during the meeting.

This afternoon, Spiteri messaged parents announcing that the students were going to remain  in the same school and that the 5th July meeting was cancelled. Sources within the Education Ministry said that the meeting got cancelled after the parents and teachers disagreed with the move.

This latest chain of events comes 24 hours after Partit Nazzjonalista MP Chris Said and Victoria Mayor-Elect Josef Schembri revealed the plans for the move on Facebook.

Said said that everything was being kept under wraps. So much so that neither the teachers, nor the parents were notified about the plans. He said that such a decision would have serious transport and congestion implications. He also stated that the Nadur school was not in the best of states.

In a statement released late afternoon, the Ministry for Education said that the Victoria Primary students weren’t going to be transferred to a different school. However, according to the Ministry the meeting for the parents will still be happening.