Late Saturday evening, after what according to sources who spoke to Newsbook.com.mt were hours of delicate negotiations, the government of Malta relented and permitted the migrants aboard the Captain Morgan’s Europa II to berth in Malta. In a statement issued at about 21:00h, the government said that this decision had been taken after the situation on board the boat had become very difficult. Sources who spoke to Newsbook.com.mt said that the situation had, indeed become very tense onboard the Europa II. 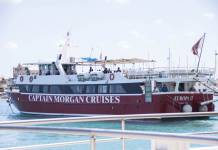 The statement said that the government was not prepared to put the lives of the crew, including Maltese persons who worked with migrants in danger because of inertia from the EU member states. It said that negotiations for relocation were still underway and the asylum-seeking process for those who so qualified was to be speeded up. Those who do not qualify would be repatriated, added the statement.