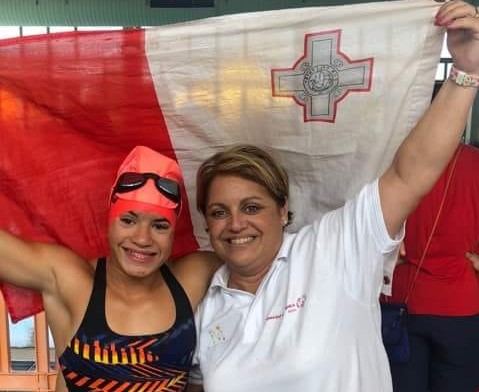 A number of athletes from Special Olympics Malta are currently taking part in an athletics and swimming competition in Venosa, Italy called ‘Change the Game’ and organised by Special Olympics Italia Team Basilicata.

One of the parents of the athletes, Sandra Cini, told Newsbook.com.mt that her daughter Sasha won gold medals in both the 100m and the 200m swimming events.

Visibly proud, Mrs Cini posted a photo of herself and her daughter holding aloft the flag of Malta on social media.

With the participation of around 200 athletes, ‘Change the Game’ focuses on psychological and physical well-being, and promotes inclusion and diversity. It comes to an end on Thursday 20th September.

For more information about Special Olympics Malta  – and to find out about all the medals Team Malta has been winning during ‘Change the Game’ – visit their Facebook page.