We live in a world where the word fake became such a common word, used on a daily basis, in a world where love can be bought and sold but in the birth of God we see the love and truth become reality with all the true meaning of it. This was the main message of Archbishop Charles J Scicluna as he delivered the pontifical Mass on Christmas Day, held at the Mdina Cathedral.

“God thought us how to love because he is love,” said the Archbishop while referring to the letter about St. Joseph, published by Pope Francis on the 8th of December.

In this letter, the Pope said that the road to salvation can only be achieved if we believe we can overcome our weaknesses as sometimes God’s reaches us through them. 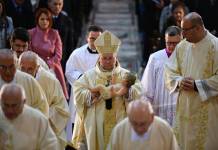 The Archbishop mentions how God chose St Joseph to raise Jesus in this world and who gave unconditional love because love cannot be possessed if so it would be very dangerous and creates a sense of sadness and suffocation.

“Pope Francis says something extraordinary about all this, God loves humans with pure love. God let humans free to make mistakes and to rage against Him because after all the logic behind love is the logic of freedom,” explained the Archbishop.

“God sent us this invitation: Don’t love me by force or because you are afraid of me but because I am the true love. Don’t be my slave, don’t be terrified of me but my comfort will set you free. This experience that touches our hearts is the best form of wish we can give each other for Christmas,” concluded Archbishop Charles Scicluna. 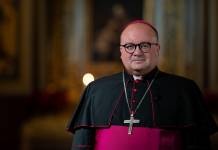