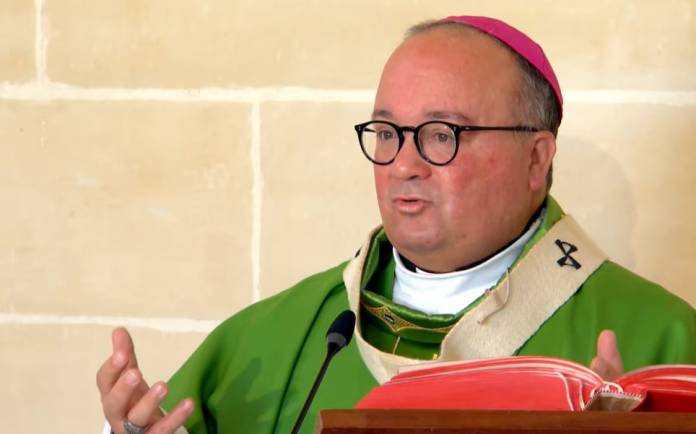 “Let us pray that we shall be able to continue to honour and respect the image of God not just in its artistic representations but in each person as we are all made in God’s image”. These were the words of Archbishop Charles J Scicluna as he was celebrating Mass on Tuesday morning from the Church of the Annunciation, Mdina, on the eighth anniversary of his episcopal ordination.

Referring to the daily gospel, Archbishop Scicluna said that this sounds almost like a news bulletin: wars, strife and contagious illness. He said that this apocalyptic scenario for Jesus was not the end but rather a beginning. The pandemic, he said was a bolt from the blew which was giving humanity a taste of the real meaning of what matters. “I pray that we will all have the sense to realise that every moment in life is precious. We do not know how many of such precious moments we have left,” said the Archbishop. Turning his gaze to the beautiful temples and churches, Archbishop Scicluna said that while one would hope that these will not crumble, he feels that in the gospel, Christ is asking whether he wants these building to be museums or really places of worship. Tradition said the Archbishop shows that the Maltese were ever ready to defend their faith and their roots. The titular painting, an Erardi masterpiece depicting the Annunciation, said the Archbishop is a clear example and an invitation to follow the Word of God.

The Archbishop also mentioned how 8 years ago the beloved Archbishop Emeritus Paul Cremona ordained him Bishop, titular Bishop of San Leone, Auxiliary Bishop of Malta and with him was the late lamented Mons. Giuseppi Mercieca, who had ordained him a priest as well as the now Cardinal-elect, Mario Grech. “I pray to continue to give my life for the people and to do the will of Jesus”, said Archbishop Charles J Scicluna. He also solicited a prayer for the Holy Land for the sake of Christians in Palestine.