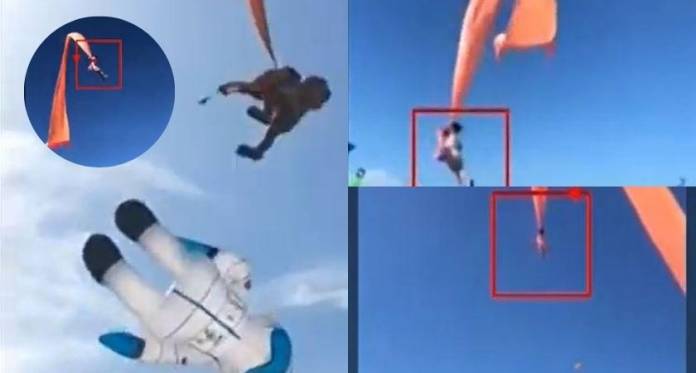 A three-year-old girl in Taiwan was reported to be safe after becoming caught in the strings of a kite and lifted several meters into the air.

The BBC reported that the girl was taking part in a kite festival in the town of Nanlioao when she was caught up by a giant, long-tailed orange kite.

Footage captured at the scene show the girl twisting several times above a crowd as they struggled to pull the kite back to earth.

Local media reported that the girl escaped with minor cuts, according to the British public broadcaster service.