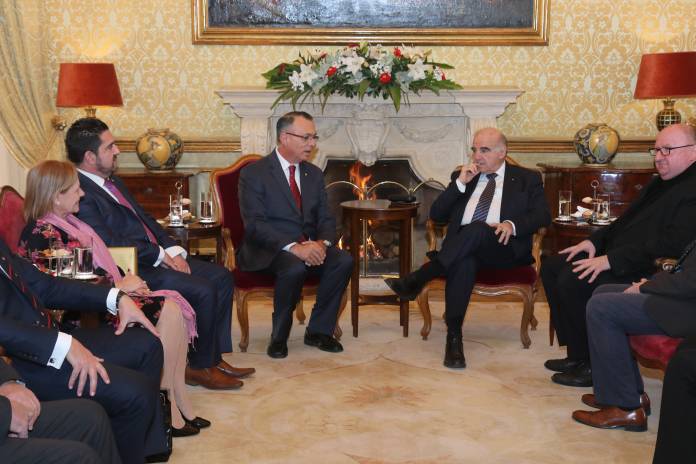 Last Saturday, the Għaqda tal-Pawlini met Archbishop Charles Scicluna and the President George Vella as part of the opening celebrations for the 50 year anniversary since the establishment of this organisation.

The President and the Archbishop were presented with a photo of the statue portraying St Paul preaching, by the artist Melchiorre Gafà. The Għaqda tal-Pawlini also presented a copy of the Feast publications, the Feast programme as well as the magazine Leħen iż-Żgħażagħ published by the Fergħa Żgħażagħ Pawlini.

Archbishop meets the Pope at the Vatican

Monique Agius   February 14, 2020
In a statement Partit Nazzjonalista said that Zammit Dimech held his first meeting with the officials since his appointment. Local presidents, secretaries and treasurers of the Nationalist committees were present for this meeting held at the party headquarters.

Jesmond Saliba   February 17, 2020
With no end in sight for the outbreak, Japan and Singapore appeared to be on the brink of recession with data .