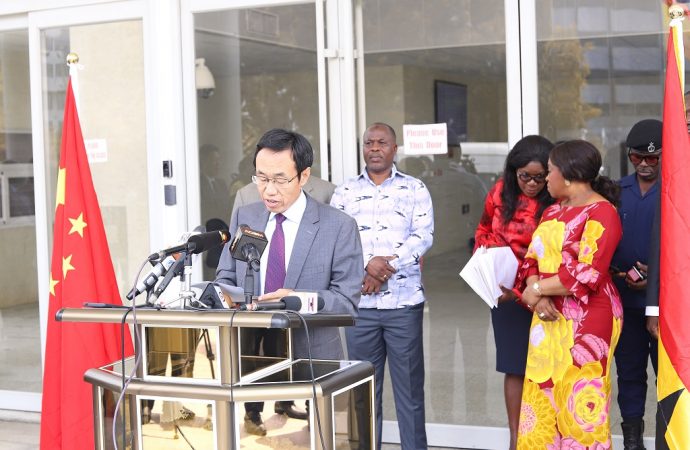 A bishop in Ghana is claiming Chinese influence in the country is making the people face “captivity in our own land.”

In a video of a sermon that has gone viral across the country, Bishop Joseph Francis KwekuEssien of Wiawso said the growth of Chinese-owned businesses in the country is pushing Ghanaians out of work.

Chinese immigration to Ghana began in the 1940s, when both Ghana and Hong Kong were part of the British Empire.

More recently, as China has begun significant investment in the country – especially in the mining industry – more Chinese traders have entered the country. Several Chinese nationals have also been arrested for acting as “galamseyers” – the local term for small-scale illegal gold miners.

Although an exact count has never been made, some experts estimate the Chinese population in the country to number nearly 700,000 people.

Chinese traders are often short-term residents, and plan on returning to China after making their fortune. Tensions between the Chinese and Ghanaian community have often been tense, with the Ghanaians accusing the Chinese of often ignoring trading laws and labor rules, and the Chinese accusing the government of harassment and racism.

The bishop’s remarks will do little to ease tensions: He said the town of WassaAkropong was “infested with Chinese.”

“Chinese are now roasting plantain and selling sugar cane. These Chinese are using our people,” he said.

“There are assemblymen and MPs … there are chiefs and they see it. It is like nobody can talk about it. For what gain we are getting only God knows. So we are slaves in our own land,” the bishop said.

Last year, the Catholic bishops’ conference in Ghana issued a statement condemning illegal gold mining, which is estimated to cost the government over $2 billion a year.

“What of those our youth, brothers, children who leave school and there is no work? At the moment there is a freeze on employment, how do we survive? Crime is the only answer and we don’t want it to be so,” claimed Ahmed, a local trader.

China is Ghana’s largest trading partner and main source of foreign investment, and bilateral trade between the countries is valued at over $6 billion.