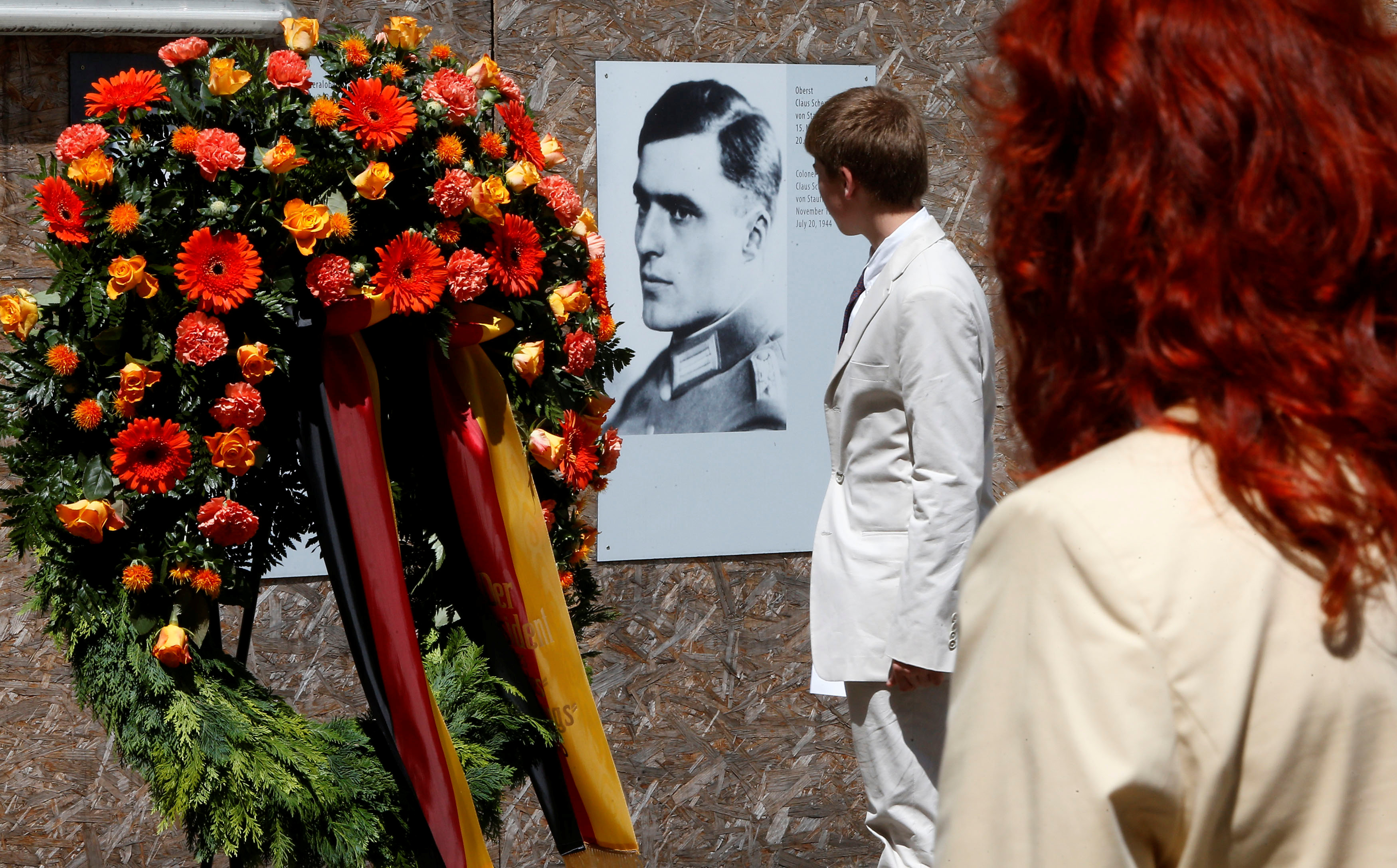 Leaders of the far-right Alternative for Germany (AfD) condemned a party member on Thursday for branding a German officer who tried to kill Adolf Hitler a traitor.

Colonel Claus von Stauffenberg planted a briefcase bomb under a table at Hitler’s military headquarters in eastern Prussia on July 20, 1944. Protected by the heavy wooden table, Hitler suffered only minor injuries and Stauffenberg was executed that night with fellow conspirators.

German newspaper Die Welt reported that Lars Steinke, a regional leader of the AfD’s youth wing, had said in a Facebook post that “Stauffenberg was a traitor”.

Die Welt said it had a screenshot of the statement. The post is not visible on Steinke’s public Facebook page and, asked to comment on the report, Steinke told Reuters: “It was a non-public statement so you won’t find anything here.”

AfD co-leader Alexander Gauland described Steinke’s comments as groundless idiocy. “Stauffenberg is a hero of German history. Steinke has disqualified himself from the AfD. He should be excluded,” said Gauland.

Joerg Meuthen, the party’s other leader, said: “Mr Steinke’s comments are completely unacceptable, reveal an absurd understanding of history and have absolutely no place whatsoever in the AfD.”

Meuthen added that the AfD’s federal board would deal with the matter at the beginning of next week.

The anti-immigrant AfD became the third largest party in the national parliament after elections in September. It won around 13 percent of votes, benefiting from concerns about the arrival of more than a million migrants since mid-2014.

At the time of the assassination attempt, Nazi Germany was fighting a losing battle in World War Two with Soviet forces and the Western allies.

Die Welt cited Steinke as saying anyone who wanted to “wipe out” their country’s leadership at a time of rearguard action and was prepared to risk the collapse of battle fronts and so the unhindered advance of the enemy was “an enemy of the German soldier and civilian Germans and so an enemy of the German people and therefore also my enemy”.

Other AfD members have also provoked outrage with their comments about the Nazi past. Last year Gauland said Germans should be proud of what their soldiers achieved during both world wars.

In January 2017 regional AfD leader Bjoern Hoecke described the Holocaust Memorial in Berlin as a “monument of shame” and demanded a “180 degree turnaround” in the way Germany seeks to atone for Nazi crimes. The party decided this year not to expel him over the comments.