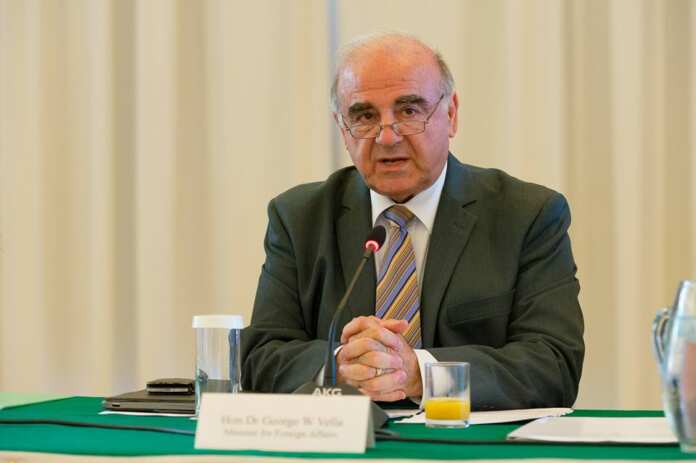 Veteran PL politician George Vella to comment about speculation of his potentially taking over the Presidency after H.E. Marie-Louise Coleiro Preca when contacted by Newsbook.com.mt.

When asked whether he can confirm the rumours of his Presidency, Dr Vella said, “I’ve just come back home now, they told me there was something on the news. I’m trying to see what they said but I have no idea what’s been said.”

This newsroom then followed up by asking him if anyone had actually spoken to him about it, but he replied in the negative. “Listen to me, I’m saying that I can’t comment on what was said because I don’t know what was said.” He added that he was trying to rewind and watch the news because people keep calling and he doesn’t know how to answer.

The 76-year-old was a Member of Parliament with the Partit Laburista from 1978 to 2017, serving as Foreign Affairs Minister during two legislatures, 1996-1998 and 2013-2017. He was also Deputy Prime Minister and Deputy Leader of the PL, but he did not contest the last election.

‘I didn’t hold back from mentioning the clique; I’ve had sleepless nights’ – President Vella