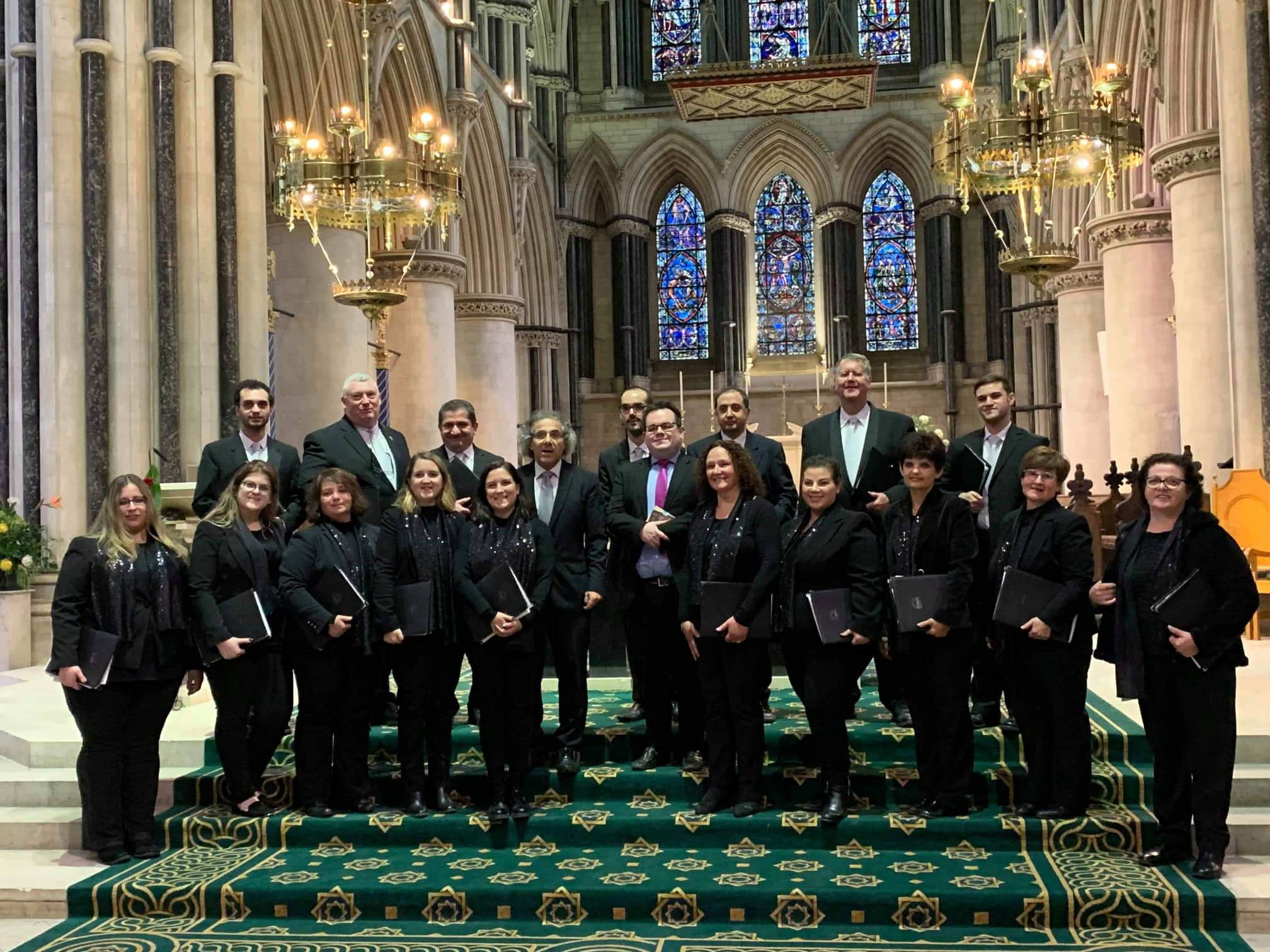 This concert-tour, which was endorsed by the Valletta 18 Foundation, was held in East Anglia, namely in Cambridgeshire, Suffolk and Norfolk. Under the musical direction of Gaulitanus´s founder-director, Mro Colin Attard – who was also the key person behind the organisation of this international venture –, the concert-tour included four artistic events in four completely different venues and surroundings.

The Gaulitanus Choir then moved inland to Framlingham, where the choir was hosted by Seraphim, the professional female vocal ensemble from Suffolk. Apart from organising a concert at the enchanting Church of St Michael the Archangel, Seraphim also made sure that before the concert the Gozitan entourage experiences a breathtaking walk round Framlingham´s medieval castle as well as coffee in a typical cosy inn in the town square. The full-scale early evening concert in a space resounding with splendid acoustics was another high point in the Gaulitanus´s concert-tour, as well as extremely well-received by all present and the organisers.

Late in the evening, the choir moved north to Norfolk, in preparation for its final artistic commitment. This was held at Norwich´s sublime St John the Baptist Cathedral, the Roman Catholic mother church in East Anglia and the second largest RC church in Britain. The concert was organised courtesy of the Diocese of East Anglia Office for Sacred Music, and the Norwich RC Cathedral´s musical director Daniel Justin. The concert itself proved to be a great success with all those in attendance – which also included quite a handful of Maltese who live in Norfolk as well as members of the Pakefield Singers and Seraphim who drove north specifically to attend the concert.

Significantly, during this tour the choir performed a repertoire essentially made up of Maltese music; a mix of sacred, religious, and secular excerpts mostly in the Maltese language. A cappella and accompanied compositions by choir director Colin Attard, Carmelo Pace, Charles Camilleri and Giuseppe Caruana were performed. These were complemented by very few and short Christmas numbers – which rounded up the Pakefield and Framlingham concerts. The choir´s soloists during this tour were Annabelle Zammit, Marthese Borg and Stephanie Portelli, with Joseph Calleja, Jean Noël Attard and Alison Gatt taking on a few lines.

This highly successful East Anglia concert-tour was another learning curve for the choir. It was also a very good exercise in capacity building, as well as a very enriching cultural experience to all involved. Besides, this tour offered an excellent opportunity to foster the choir´s ever-growing international networking.

More information may be obtained from the choir’s website.