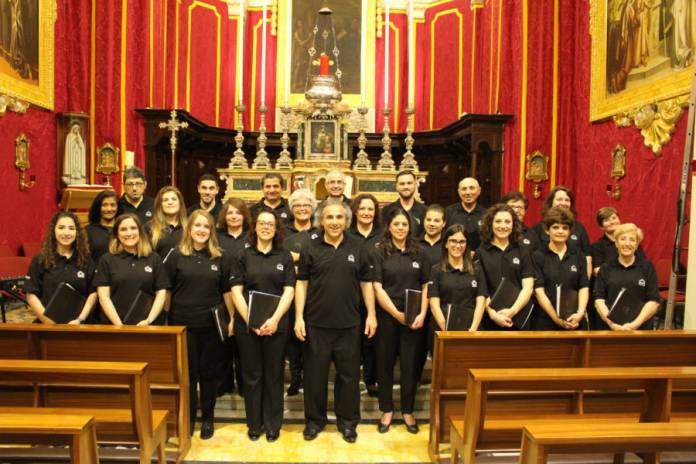 Gozo’s Gaulitanus Choir will be very present in the various events held in the sister island during the forthcoming festive season.

This time round, the choir’s commitments commence on Saturday 14th December at the Munxar Christmas Market where the choir will be in attendance from 7.30 to 9.00 pm. Two very informal caroling sessions follow at the Arkadia Commercial Centre, namely on Sunday 15th between 5.30 and 7.30 pm and on Sunday 22nd between 10.00 am and 12.00 pm.

On Christmas Eve, the choir will be in attendance at the Kempinski Hotel San Lawrenz, where those present will be warmed up for the Holy Night with a selection of carols in the hotel’s lounge from 7.00 to 7.45 pm. Some refreshments will also be served.

The Gaulitanus Choir and the Gaulitanus Orchestral Ensemble will then give a concert at the Xaghra Basilica on Saturday 28th December. The grand concert, organized by the Xaghra Local Council, commences at 7.30 pm and will feature the choir and orchestra in a very interesting variety of Christmas numbers.

The choir then rounds up its commitments for this festive season on New Year’s Day by presenting its annual ‘A New Year’s Toast’. Now in its eighth edition, this is again being held at the Kempinski Hotel San Lawrenz and it will start at 7.30 pm. The concert musically ushers in the New Year in style with a musical bonanza fittingly featuring a multifarious mix of Christmassy, operatic and other lively and bouncy repertoire, presented by the choir, its soloists and friends. This will also be the first event celebrating the choir’s 30th anniversary.

All these events, for which entrance is free on a first-come-first-served basis, will be under the musical and artistic direction of the choir’s founder-director Colin Attard.

Staff Reporter   July 11, 2020
When the Malta Jazz Festival was born back in 1990, its identity was purely tied to Ta’ Liesse