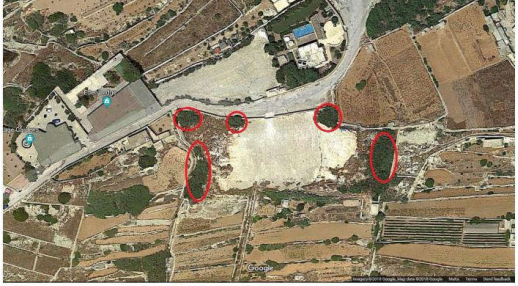 An application was submitted which would see the current Garden of Eden transformed into a tourist accommodation in Żurrieq. The proposed development lies outside the development zone and would also include other facilities such as a pool, a tennis court, a reception and a car park.

The application proposes to take up pristine agricultural land into the proposed development. As well as the redevelopment of structures which were illegally built in the first place.

The site is partly located within a Natura 2000 site and this was pointed out by the Environment and Resource Authority in its correspondence. ERA warned that the proposed development may have a potential significant impact on the Natura 2000 site and would require further assessment. ERA also said that there was pending issue on whether or not the existing interventions on the land were covered by all the necessary permits as well as the proposed development would take up land which was undeveloped.

In its letter, ERA continued to argue that the disturbed area which was used as a car park should be restored into its pristine state rather than developed into a car park as proposed.
The local council of Zurrieq on its part objected the proposed development based on the argument that the land in question lies outside development zone and that the development being proposed took up more land than the existing development.

Other residents filed their objections with the Planning Authority citing issues such as the uptake of agricultural land, the visual impacts of the proposed development on highly visible area and its impacts on views of Filfla and seascapes, the negative impacts such as the increase in traffic and noise in the countryside.

The owners of adjoining site also placed their objections through their lawyers saying that their own land was being shown as a public road on the plans presented, meaning that the proposed development would not be serviced by an existing road network. Another person objected on the basis that the plans included portions of land which were owned by the person objected and were subject to a court case which the developer lost and had appealed the sentences. The person asked the Planning Authority for the plans to exclude the areas in question.