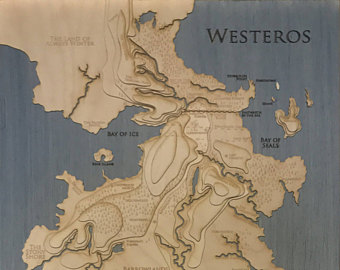 While Song of Ice and Fire buffs spend their evenings watching interminably, re-runs of all eight seasons of Game of Thrones, focussing on minute details and giving them a significance they may not possibly have, HBO has orderd a back to the future prequel pilot. This decision has long been on the books, given that George R.R. Martin, like Tolkien and Rowling, did not simply create a story but created a world. This woeld as we know it is about to end in the last season of Game of Thrones to be aired next year. But HBO decided that there were still too many golden eggs left in the goose for it to be killed off. Hence the prequel.

The prequel will not bring Ned Stark back to life. It will be set thousands of years before the current story and, it appears from various reports, that the story will concentrat on the descent from the Age of Heros to Westeros’ darkest hour, with all the horrifying secrets of that continent exposed and the true origin of the White Walkers revelaed. True to GOT style, it will surely not be anything we have been expecting.

Back in 2017, HBO had intimated that it was considering as many as 4 possible spin-offs to the epic fantasy, sending fans into thrills of delight. Martin topped the figure to five. Jane Goldman is being touted as the show-runner and she will be in charge of the prequel pilot. Goldman has a prestigious track-record when it comes to shows with movie series such as Kingsman, Stardut and Kick-Ass as well as two X-Men blockbusters under her belt.