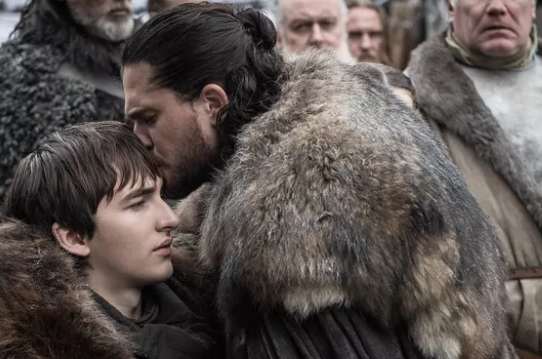 With the first episode of the final season of Game of Thrones already out there since the early hours of Monday 15th April, the spoilers are coming on thick and fast through the social media. We will not spoil the pleasure of the vast majority of fans who have yet to watch the episode by giving away juicy details of the actual episode.

Read more: Valar Morghulis – Even Game of Thrones must die

Suffice it to say that there have been deaths already, there have been nobles who have been ‘un-deaded’ and new dragon riders are on screen. By all accounts this episode will be a game-setter. And it has to be since this is the very last season for a Song of Ice and Fire. However, for those with potential withdrawal symptoms for the demise of GoT, next year two spin-off will be starting. More on that another time.

Read also: Game of Thrones: HBO orders Prequel Pilot as the origins of the White Walkers will be revealed

There is one spoiler in this article though, which, possibly, GoT fans will not mind sharing. The Season intro has been changed.

The Wall has been breached and for the first time we go through it visually. The Umbers’ Last Hearth features in the opening, so, this hitherto very minor location seems to have some significance now. The icy road then leads to Winterfell and the Stark stronghold is now in pristine shape and substantial emphasis is made on this major location as well as its famed crypts. The next major stop is Kings Landing and the intricacies of the cog-wheels show this site to be a hot-bed for machinations, wheels within wheels and snapping dragon skulls in the basement. In the Throne room, the Lannister Lion, rampant as always floats above the Iron Throne.

It seems that that is where most of the action will be concentrated. But what of the Night King? Patience is all it takes.