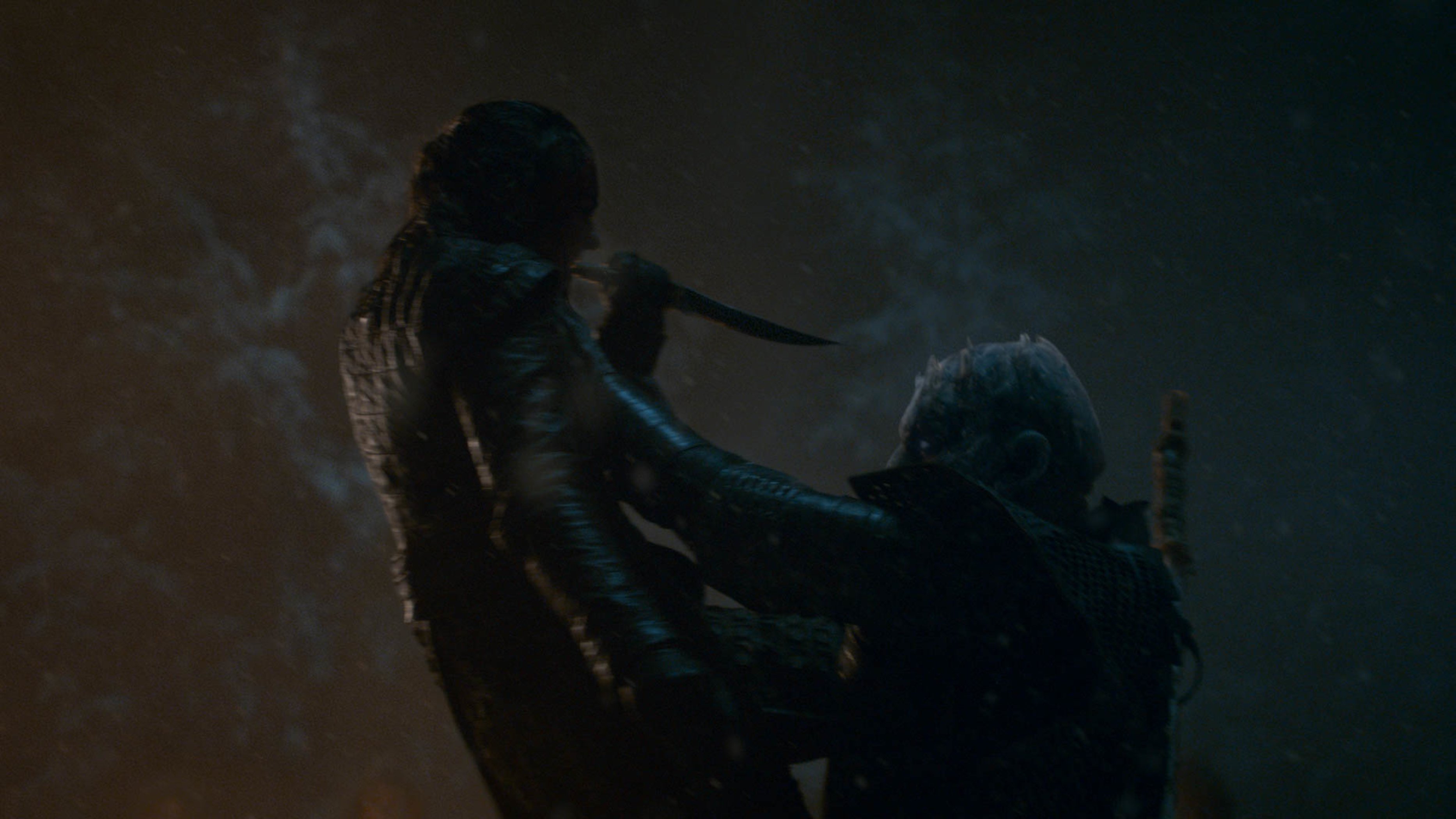 Rarely has a battle scene been as keenly anticipated as the Battle for Winterfell. In the latest episode, now half way through the final season of Game of Thrones, the excruciating build-up in episodes one and two found a glorious denoument this most anticipated battle.

The seemingly inexhaustible army of the dead was at the gates of Winterfell. The living were as ready as one could ever be to face death. The mood, sombre and resigned as reflected in the lighting and the music, both impeccably honed to elicit in the viewer an empathy which was all-encompassing.

Doing away with the tactical advantage of a wait, the Dothraki, aided by Melisandre’s invocation to the Lord of light, raised their flaming arakhs and charged the dead. It was a charge reminiscent of the Charge of the Light Brigade and, watching their flaming swords gradually, but inevitably extinguish, brought to my mind, dare I say to the Director’s mind, the verse by Tennyson

“Theirs not to make reply,
Theirs not to reason why,
Theirs but to do and die.”
That summed up the Dothraki. The Unsullied did not fare much better as, like ninepins, they fell to the relentless onslaught of unfeeling, untiring dead warriors. In this mayham, brilliant sparks of courage: Dolorous Ed saves Samwell Tarly, Lady Lyanna Mormont kills the dead giant as he crushes her to death right in the same spot where the giant Wun Wun died in The Battle of the Bastards.
In the crypts below the castle, a different sort of courage, as Sansa, developed as one of the most formidable characters in the series, pointed out: the courage to look truth in the face. Tyrion her former husband, cannot help admiring her, possibly even acknowledging his love for her as, in the eye of the storm, with the Stark dead rising at the call of the Night King, he kisses her hand.
Theon, the weakling Greyjoy, protecting Bran in the godswood is a hero of heroic proportions. From a weakling to a liar, to a coward, to a tortured lackey, Theon found, in the depths of his soul, the strength to do what was right: and by saving Sansa from Ramsey, he saved himself and ultimately died protecting Bran. Truly, a good man.
Meanwhile, Daenerys and Jon/Aegon were fighting a hard battle on Drogon and Rhaegal. The dance of dragons between Rhaegal and dragon-wight Viserion left Rhaegal, at least badly wounded, possibly dead. That would be two of Dany’s children, dead, so far. And there is still Cersei to beat. Ser Jorah cleans his name of any remaining stain and, with the Tarly sword, Heartsbane, defends Danaerys to his last breath. The poignant scene of his death is underscored by Drogon who swoops down and covers the grieving Queen and her dead protector with his wing. He too was grieving.
But, perhaps, the true and perhaps unexpected hero was the girl with no name. Arya’s painful training has brought her to this, to hold her own with the likes of the Hound and Beric Dondarion, Jon Snow and Tormund Giantsbane. When she seemed to be losing heart, it was Melisandre, again in another pivotal scene, who refocused her.
And when all seemed lost and Bran sitting, vulnerable under the Weirwood tree, she jumps out onto the Night King. Not even his Generals felt her approach, she, of the Faceless men. Her signature sleight of hand as she drops the infamous Valeryan steel dagger which had been intended to kill Bran, catches it deftly and sticks the pointy end into the Night King is awesome in its deft simplicity.
An epic episode indeed. And, if the HBO trailer is anything to go by, more is yet to come.